[dropcap color=”#008040″ boxed=”yes” boxed_radius=”8px” class=”” id=””]A[/dropcap]rka Mediaworks, the makers of the film “Baahubali” and character entertainment company Graphic India, have teamed up to take the story beyond the movie.

Filmmaker S.S. Rajamouli promises answers to many questions, like the formative years of characters Baahubali and Bhallala Deva, as one of India’s biggest motion pictures, “Baahubali”, is set to be released as graphic novels, games and animated series.

Rajamouli told in an exclusive interview to IANS that, what they managed to showcase in the film was just a chip of an iceberg. From the time he started working on the story, he knew that the world “Baahubali” is larger than a film or two.

The story of “Baahubali” can run into thousands of pages, according to the director.

[dropcap color=”#008040″ boxed=”yes” boxed_radius=”8px” class=”” id=””]”F[/dropcap]or instance, the character Baahubali, the story had everything that happened in his life, every detail from his birth to death. In the film, however, what you see is just a few fleeting shots from the time he was a toddler to when he was a 27-year-old,” he said.

Using the transmedium (technique of telling a story across multiple platforms with the help of digital technology), he wants to take the remaining story of “Baahubali” to larger audiences with the expertise of Graphic India.

“Film medium has limited space and we couldn’t use that to share everything we wanted to. There’s a lot of intrigue, action and adventure in the life of all the characters of the film, which we could include when we release the story as a comic, animated series or a game,” he added.

Rajamouli believes “Baahubali” will create the market for comics in the country which is very less in percentage vis-a-vis the west.

“The global character entertainment industry is worth over $100 billion and countries like Korea, Japan and the US are flourishing in this business. Yet we the country with the largest human population, constitute only the smallest piece of this pie,” Rajamouli rued.

[dropcap color=”#008040″ boxed=”yes” boxed_radius=”8px” class=”” id=””]”I[/dropcap]nstead of looking at India as not being a big comic market, let’s try and understand why there’s no market, and it’s because there are no good comics that can match international standards. A market of over 1 billion people is open for us and waiting to be tapped. Isn’t that a good sign,” he asked.

How will the comics appeal to the masses, Rajamouli’s core audience?

“The general perception is that the front benchers and uneducated audiences in a theatre constitute the masses, while those seated in the balcony and pay more for a ticket form the elite class. This is just a misconception because take it from me, the guy who spends for a reclining seat ticket may enjoy commercial films as much as anybody or even more,” he said.

[dropcap color=”#008040″ boxed=”yes” boxed_radius=”8px” class=”” id=””]”I[/dropcap]f ‘Baahubali’ appealed to the masses, across all types of people and demographics, I don’t see why people won’t like to know more about the world of Baahubali through a different medium, provided they are offered a world-class product. I’m sure they will buy it,” he added.

The first comic experience, Rajamouli assures, can be expected in June or July, followed by the animated series closer to the release of the film’s second part. 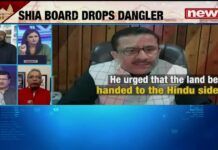 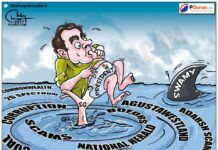