Congress minority cell leader plays with the fire. Says if voted to power BJP leaders will be sent to the gallows.

A senior Congress leader has announced, if voted to power, BJP leaders, responsible for the killing of ‘innocent’ people in Kashmir valley, will be ‘sent to the gallows’.

As he triggered this controversy state Congress leaders lost no time in distancing from the statements made by Saeed Khan here at the party headquarters.

Haji Sagheer Saeed Khan, who is an observer of Minority cell of AICC, has also attempted to reach out to the people of Kashmir valley by claiming if voted to power his party government will award 1 crore compensation to ‘innocent’ people killed in Kashmir due to terrorism. He also promised to give one job each to a member of the victims family.

As he triggered this controversy state Congress leaders lost no time in distancing from the statements made by Saeed Khan here at the party headquarters.

Interestingly, the party had not even issued a press note about his meeting here in the state.

Responding to the media queries Vikram Malhotra, senior state Congress leader and media in-charge said, the statements made by Haji Sagheer Saeed Khan were in his personal capacity. He was not expressing party’s viewpoint on these sensitive issues, he added.

Interacting with the media persons after attending a meeting with the minority leaders of the party, Saeed Khan, had earlier announced that the Congress party will also release prisoners currently kept behind bars due to terrorism, to restore peace in the region.

Addressing a press conference in Jammu, Saeed Khan said, BJP leaders, who had directed the army to carry out these killings, however big the leaders are, a new law will be formed and the BJP leaders will be sent to the gallows“.

Making mention of the recent incidents of violence which rocked Bulandshahr in Uttar Pradesh, Congress leader claimed if ‘terrorists of Bajrang Dal’,’terrorists of RSS, ‘terrorists of BJP’ can be compensated then why compensation cannot be given to innocent people killed during terrorism in Kashmir valley.

He said Congress party will also implement Minority commission in the state if voted to power. 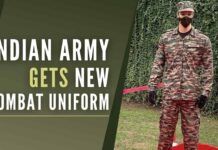