The Agenda of Alliance says that the PDP-BJP coalition government shall work for the resolution of the Kashmir issue within the ambit of Kashmiriyat and nowhere refers to the liberal Dogriyat and Ladakhiyat.

[dropcap color=”#008040″ boxed=”yes” boxed_radius=”8px” class=”” id=””]N[/dropcap]one in Jammu had ever expected that the BJP would let down the Dogras and prefer Kashmiriyat over Dogriyat. That’s the reason the Dogras of Jammu voted overwhelmingly for the BJP in the 2014 Lok Sabha elections. The BJP under the inspiring leadership of Narendra Modi won both the Lok Sabha seats from Jammu province and the lone Ladakh Lok Sabha seat and got 32.5 percent of the total popular votes polled. The BJP got 1.5 percent more votes in Jammu and Kashmir State than its national average – 31 percent. They would have again voted overwhelmingly for the BJP in the Assembly elections, had this “nationalist” and pro-Jammu and pro-Ladakh party sought the mandate on the planks it sought and got the people’s mandate outside the Kashmir Valley in the Lok Sabha elections.

The BJP got 1.5 percent more votes in Jammu and Kashmir State than its national average

The BJP had contested the general elections in Jammu & Kashmir on the planks which were nation and Jammu and Ladakh-specific, as also on the planks that made the electorate in Jammu and Ladakh believe that a vote for the BJP would be a vote for the state’s complete integration into India and their political and economic empowerment and a vote of censure against Kashmiri separatists and pro-self-rule PDP, pro-greater autonomy NC and pro-1975 arrangement (Indira-Sheikh Abdullah Accord) Congress.

The BJP did win 25 out of 37 seats from Jammu province in the Assembly elections as the people of the region had no other credible alternative available to look towards or bank upon but, at the same time, its vote share fell drastically by almost 10 per cent. The BJP got a little more than 22 percent. Significantly, the BJP failed to win even a single seat in Ladakh, which elects 4 members to the Assembly, and all of its candidates, barring one, forfeited their security deposits in Kashmir.

That Kashmir would reject the BJP outright was a foregone conclusion for obvious reasons. The people of Ladakh also voted on the expected lines; they reposed full faith in the Congress, which won three seats and one seat (Zanskar) went to an independent Shia candidate.

[dropcap color=”#008040″ boxed=”yes” boxed_radius=”8px” class=”” id=””]T[/dropcap]here were reasons why the performance of the BJP in Jammu province was not so impressive as far as its vote share was concerned and why it performed rather poorly in Ladakh despite the fact that it had created history in the Cold-Desert by winning the lone Lok Sabha seat for the first time. The reasons were many.

A reference here to at least four of them would be quite in order. One, it decided to not raise the issue of Article 370 during the election campaign in its desperate bid to open its account in the Valley. It had got prepared and printed a detailed election manifesto, but didn’t release it after Hina Bhat of Kashmir threatened the party high command that she would pick up a gun if the BJP raked up Article 370 during the election campaign.

Two, it didn’t promise any political instrument to the ignored and neglected people of Jammu province. Hitherto, it used to hold out a solemn commitment that it, if voted to power, shall establish an empowered regional council in Jammu province and confer Union Territory status on Ladakh.

Three, it decided to go soft on Kashmiri separatists and not to rake up any “political” issue during the election campaign.

Four, it said no to the Ladakhi demand seeking Union Territory status for the region.

The BJP should feel grateful to the people of Jammu region who overlooked its pro-Kashmir leanings and returned to the Assembly 25 BJP MLAs.

[dropcap color=”#008040″ boxed=”yes” boxed_radius=”8px” class=”” id=””]T[/dropcap]he general belief in Jammu province after the election results was that the BJP leadership would surely sit up, look back and introspect and find where it went wrong, why it suffered a humiliating defeat in Ladakh and why its vote share fell so sharply in Jammu province? In fact, the people of Jammu region then believed that the BJP would learn lessons from its past mistakes and its acts of political dishonesty and U-turns and return to the pre-May 2014 days when it used to talk about nationalism, India’s territorial integrity, fake secularism, empowerment of Jammu province and Ladakh region as well as empowerment of the marginalized sections of society in the State, including refugees from Pakistan, Displaced Persons from Pakistan-occupied-Jammu & Kashmir and internally displaced Kashmiri Hindus.

That this belief of the people of Jammu province was not well-founded became clear within two months after the declaration of results. The BJP agreed to adopt the “Agenda of Alliance” which was virtually a carbon-copy of the PDP’s election manifesto 2014. It accepted each and every condition that the PDP think-tanks imposed on it. The PDP knew the weakness of the BJP for power and it exploited to the hilt this weakness. It not only made the BJP incorporate in the Agenda of Alliance everything that suited Pakistan, Kashmiri separatists, votaries of self-rule and protagonists of the limited accession of the State with India but also made it prefer Kashmiriyat over Dogriyat. (The term Kashmiriyat was coined by a Jammu-based Hindu follower of National Conference president and Jammu & Kashmir Chief Minister, Sheikh Abdullah, in 1976 to please him and mislead and hoodwink the nation.)

“The inclusion of Kashmiriyat in the Agenda of Alliance would accord a dangerous legitimacy to the politics of separatism and sectarianism being indulged in the Kashmiri leadership in the Valley.”

[dropcap color=”#008040″ boxed=”yes” boxed_radius=”8px” class=”” id=””]C[/dropcap]redible sources in the party reveal that “a senior BJP leader had warned one BJP bigwigs that inclusion of Kashmiriyat in the Agenda of Alliance and exclusion of Dogriyat and Ladakhiat from it would send a wrong signal to its core constituency and only add to the difficulties of the country in Jammu & Kashmir, but he was overruled by the BJP leader who in collaboration with the PDP leaders drafted and finalized the Agenda of Alliance”.

“The inclusion of Kashmiriyat in the Agenda of Alliance would accord a dangerous legitimacy to the politics of separatism and sectarianism being indulged in the Kashmiri leadership in the Valley. It will only promote that perverted ideology in the Valley that cleansed the Valley of almost all Kafirs (non-believers) in early 1990 and converted the Valley into a one-community region for all practical purposes. The best thing for the BJP would have been to ensure the inclusion of Dogriyat in the Agenda of Alliance, as it has all along accommodated and provided safe shelters to all kinds of refugees and stood by the nation through thick and thin. By discarding Dogriyat and accepting the PDP’s insistence on inclusion of Kashmiriyat into the Agenda of Alliance, the BJP committed the gravest blunder and it will have to pay a very heavy price in the next election,” sources in the party on the condition of anonymity further reveal.

“It is disgusting that the BJP high command bartered liberal Dogriyat for the sake of a few loaves and fishes of office,” one credible insider told this writer, and added that “what he says is the general belief in the party”.

Significantly, this is also the general view in Jammu region which today stands gripped by a very strong anti-BJP wave. The BJP would do well to appreciate the feelings of Jammu and Ladakh and rectify its mistakes by making CM Mehbooba Mufti adopt a holistic policy that treats all the three regions equally in all spheres and at all levels. During the past three years, Jammu and Ladakh have suffered worst kind of discrimination and the official statistics prove that. 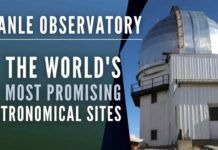