March 10 was a day of rejoicing for BJP and AAP, while Congress continues to plumb new political lows. It blew an opportunity to win in Punjab, Uttarakhand, and Goa. In India’s biggest state Uttar Pradesh, BJP repeated its victory by getting by itself around 256 seats in the 403-member Assembly. Chief Minister Yogi Adityanath created a record after 37 years of coming back for a second term. BJP’s allies also got around 17 seats.

Though the Samajwadi Party under the leadership of former Chief Minister Akhilesh Yadav created a fair amount of hype during the campaign, its victory was limited to 111 seats only. Mayawati’s BSP, which ruled Uttar Pradesh many a time till 2012, shrunk to just one seat. Congress, who ruled Uttar Pradesh several times till 1989 got only two seats. In UP, Priyanka Vadra was in-charge of the campaign while brother Rahul Gandhi was evasive and ailing mother Sonia Gandhi was totally absent from the campaigns.

Frankly, the Congress party would have fancied its chances in Punjab, Uttarakhand, and Goa. The Rahul-Priyanka style of working led to the removal of Chief Minister Captain Amarinder Singh, just 111 days before the elections. The new Chief Minister (CM) Charanjit Singh Channi lost from both the seats that he contested. The change of Chief Minister and tantrums thrown by Rahul-Priyanka’s favorite Navjot Singh Siddhu is the real reason for the rout of Congress and the surge of AAP headed by Delhi Chief Minister Arvind Kejriwal in Punjab. AAP bagged 92 seats out of 117 seats in the Punjab Assembly. People of Punjab rejected Congress and Shiromani Akali Dal and decided to go ahead with Bhagwant Mann, who is the declared AAP Chief Ministerial candidate.

In Uttarakhand, the BJP was facing all anti-incumbency factors and changed the Chief Minister three times and yet found a way to win at the hustings, bagging 47 seats out of 70. Congress mustered just 19. In Goa also the BJP was facing a lot of anti-incumbency factors, but they’re also Congress failed to capitalize on the situation. BJP got 20 seats out of 40 and now has managed the support of three independents. Congress won in just 11 seats.

In Manipur too, the Congress got just 5 seats while BJP repeated victory by getting 32 seats in the 60-member Assembly. The responsibility for the failure again falls squarely on Rahul-Priyanka’s style of administration in the grand old party Congress. PGurus published reports on the Sonia Gandhi family’s style in the Congress which now collapsing in all elections.[1] 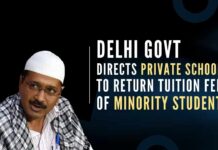