The Centre on Monday contended before the Supreme Court that even if the initial objective of the 2016 demonetisation exercise was not achieved, the entire policy cannot be invalidated, adding that three evils — black money, fake currency, and terror financing — are like ‘Jarasandha’ (an antagonist in the Mahabharata) which should be cut into pieces.

Attorney General (AG) R Venkataramani, representing the Centre, contended before a five-judge Constitution bench headed by Justice S A Nazeer that the court should take a macro view of the government’s endeavours to counter fake currency, black money, and terror financing, rather than looking at demonetization as a stand-alone measure.

The AG said the government is duty-bound to address the three evils.

Referring to the three problems, Venkataramani said, “They are like Jarasandha. You have to cut them into pieces. If you don’t, they will always be alive.”

He added that for more than a decade, the Centre and the RBI have been looking at these issues.

The AG emphasized that the notification’s failure to achieve its objectives was not enough to strike down a law.

And, on the aspect of judicial review of an economic policy, he said the court only may determine if there is a rational nexus with the object sought to be achieved through the means and any other test would impinge on the freedom of the legislature.

The bench — also comprising Justices B R Gavai, A S Bopanna, V Ramasubramanian, and B V Nagarathna — is hearing a clutch of petitions challenging the demonetisation decision of the government.

The AG added that even the five-year plan has targets and some targets are met while some are not. Does the target become bad only, for this reason, he asked.

The Centre said the procedure adopted by the government as well as by the RBI was in consonance with the law. The top court is likely to continue hearing the matter on Tuesday. 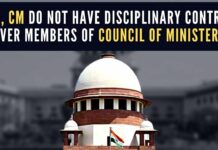 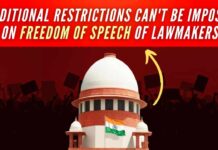 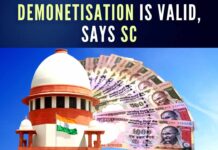