Nitin Gadkari: EVs to cost as much as ICE vehicles in the next two years

Nitin Gadkari also said that India is making great progress in technology and that green fuel will reduce the cost of electric automobiles. Gadkari reiterated that bringing the cost of green vehicles will be at par with petrol-run vehicles in the next two years.

Gadkari also highlighted the need to shift to cost-effective indigenous fuel and said that this fuel will be a reality soon, bringing the pollution levels down and improving the overall situation in the national capital.

The Union Minister also shared several updates regarding the road network in India. Amongst those, one of the biggest highlights has to be the fact that travelling from Mumbai to Delhi will soon be able to cover this distance in just a matter of 12 hours.

“People who want to travel all the way to Srinagar from Mumbai will be able to cover this distance in 20 hours,” he added.

The Minister further said it is his endeavour to make the road infrastructure in India at par with the United States by 2040.

He further said, “Work on Delhi-Amritsar-Katra highway work has begun. By end of this year, we’ll be able to reach Mumbai from Srinagar in 20 hours and the distance between Delhi and Amritsar will be covered in four hours.”

He also said that in Jammu and Kashmir projects worth ₹7,000 crores are underway. About 1,000 people are working inside the Zojila tunnel at -8 degrees Celsius. 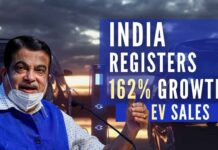 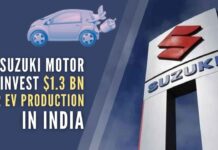