CBI concludes probe into Fazal’s in Kerala, rules out involvement of RSS

In a concluding report submitted to the Kerala High Court by the Central Bureau of Investigation (CBI), it stated that it was a CPM gang led by Kodi Suni who had killed the Islamic organization National Democratic Front (NDF) worker, Fazal at Thalassery. In a report submitted on Friday, the CBI has ruled out the involvement of the RSS in the murder.

Fazal was a newspaper vendor and had switched his political allegiance from the CPM to the NDF. He was found murdered in the early morning of October 22, 2006, at Saidarpalli in Thalassery in the Kannur district. Thalassery is the hometown of Kerala Chief Minister Pinarayi Vijayan and politburo member and former state secretary, Kodiyeri Balakrishnan, and a CPM bastion.

The CPM has been continuously maintaining that the RSS was behind the murder of Fazal. The CBI reports gave a major jolt to the ruling CPM party.

Fazal’s widow Mariyu petitioned the Kerala High Court requesting a CBI probe which the court agreed to and then the CBI started its investigation.

CPM came to power in Kerala and Pinarayi Vijayan became the Chief Minister in May 2016, after which a video clip had come out in July 2017, in which an RSS activist Subheesh was seen claiming that it was the RSS who had done away with Fazal.

After the video was circulated, the very next day Subheesh denied this and addressed a press conference stating that the police had tortured him after he was arrested in another murder case. He said the police threatened him to make a statement that the RSS was behind the Fazal murder.

The confession of Subheesh and his later denial prompted the family members of Fazal to approach the Kerala High Court for a further investigation by the CBI. The court in August 2021, directed the CBI to investigate the matter.

The CBI questioned Subheesh and his friend Shinoj and the duo confessed that they were tortured by the Kerala police and forced to record a statement that they had murdered Fazal. The CBI found that Fazal was murdered at 3.30 a.m but according to the statement of Subheesh in the video it was stated that the murder took place at 1.30 a.m.

The agency also found that there were discrepancies in the statement of Subheesh regarding the weapon used for the murder when compared to the wounds on the body of Fazal.

The CBI filed its report in the court stating that Subheesh was forced by the Kerala police to give false statements and said that the murder was committed by CPM cadres led by Kodi Suni. He is now in jail in the murder case of Revolutionary Marxist Party leader T P Chandrashekaran. 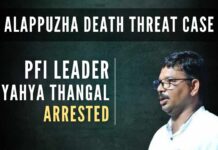 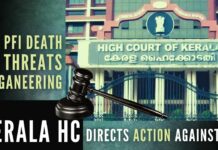 Supreme Court slaps NOIDA for corruption and being in cahoots with...