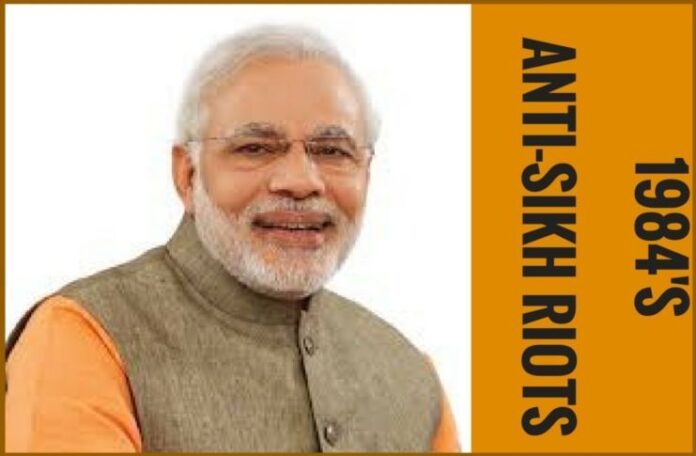 Prime Minister Narendra Modi on Monday recalled the 1984 anti-Sikh riots, and said the Congress has no right to talk about tolerance.

[dropcap color=”#008040″ boxed=”yes” boxed_radius=”8px” class=”” id=””]T[/dropcap]”oday on November 2, Sikhs were massacred… Sikhs were murdered in Delhi, across India… There were serious allegations against Congress leaders… and on the same November 2, Congress is giving a lecture on tolerance,” Modi said at an election rally in this Bihar district.

“This does not suit them… The tears of the families of those Sikhs have not yet been wiped,” he said.

Modi was speaking ahead of the fifth and final phase of staggered Bihar assembly elections. The last phase of voting takes place on November 5 and the votes will be counted on November 8.

The tamasha which the no-trust vote turned out to be, eventually