FIR against Digvijaya Singh for ‘fake’ post on Khargone violence

An FIR has been registered at Bhopal police station against senior Congress leader and Rajya Sabha MP Digvijaya Singh for sharing a photograph related to Khargone communal violence in Madhya Pradesh which later turned out to be fake.

Tweeting the photo, Singh wrote: “Is it appropriate to hoist a saffron flag on a mosque. Did the Khargone administration allow this (Ram Navami) procession to carry weapons.”

On Tuesday BJP district (Bhopal) president Sumit Pachauri had lodged a complaint against Digvijay Singh after which the FIR was registered.

While the Congress Rajya Sabha MP deleted the post, he was booked under Sections 153 A (Promoting enmity between different groups on grounds of religion, race, place of birth, residence, language), 295 A (Deliberate and malicious acts, intended to outrage religious feelings of any class by insulting its religion), 465 (forgery) and 505 of the IPC.

Earlier on Tuesday, Singh had posted a photograph showing a group of people hoisting a saffron flag at a mosque while mentioning the communal violence in Madhya Pradesh’s Khargone district.

Nearly 100 people have been arrested so far in connection with communal violence that broke out in Madhya Pradesh’s Khargone district on the occasion of Ram Navami on Sunday.

After FIR was registered, Digvijaya Singh filed a complaint against MP CM Shivraj Singh Chouhan. He accused Chouhan of posting a “forged video” of Rahul Gandhi’s Mandsaur rally on May 16, 2019, which gave the impression that the former Congress president had referred to Bhupesh Baghel as the MP CM. 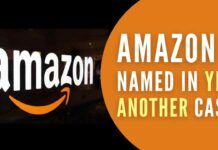