Comparing India with the US and other countries and fearing that we are going to have a huge spurt in deaths is fear-mongering.

The Central and State Governments have, so far, handled the COVID-19 outbreak quite well (barring the Tablighi Jamaat (TJ) calamity), esp considering the large population and population density.

The Governments are likely to take the best possible decision on lockdown exit shortly, taking into account the information already available and the information that will be available before the completion of the 21-day lockdown period, because they are taking the help of the best and most competent advisors

There is a basic fallacy in the assumption that the number of CVs in India would have been much higher had we tested more extensively.

This article is an attempt to provide some additional inputs, esp from the perspectives of MSMEs and the unorganized labour.

We may be misinterpreting the CV spread graph. The temporary spurt created by the TJ episode has been significantly contained. By not separating this spurt assumes that we will have many such TJs periodically, which won’t happen. The fact is ours is one of the flattest curves if we interpret the graph objectively.

There is a basic fallacy in the assumption that the number of CVs in India would have been much higher had we tested more extensively. If this were so, we have lots of undetected CVs or CV carriers and they should have spread CV far and wide, esp among the vulnerable, and we would have seen a very large number of hospital admissions and deaths among the vulnerable, which is not happening. In an open society like ours, with critical media and opposition, it’s unlikely that CVs and deaths are significantly under-reported.

Comparing India with the US & other countries and fearing that we are going to have a huge spurt in deaths is fear-mongering. According to worldometer data, which also gives a number of tests per million in addition to the number of cases per million, in India, 1 in 30 people who are tested are tested positive, while the number is 1 in 2 for France, Spain; 1 in 5 for UK, USA; 1 in 6 for Spain; (top 5 countries). While India tested only strong CV suspects, other countries tested more widely. This means our 1 in 30 being positive itself is gross over-reporting.

Drastic measures can wait at least until we start seeing indications of such a spurt of deaths in India.

We’re also hoping for something going for us to save us, Indians, either in the form of herd immunity we may have already gained to CV through BCG vaccination, or past malarial treatment we may have had, or the likely effectiveness of anti-malarial-cum-anti-virus HCQS pills (in a combination of others) in the case of those who may be newly infected, or general immunity we may have acquired having not been too sanitation-obsessed, or the temperature-RH (relative humidity) combine that may destroy the virus. When we have so many possibilities going for us, why should we assume none of them will come to our rescue?

Assuming we still see the incidence of CV and deaths peaking in the weeks and months to come, we have a few options before us, none of them easy.

Option 1: We stretch the lockdown at a huge economic cost, which will impact the livelihoods of the poor to unprecedented levels, any amount of Government support notwithstanding.

Also, subsequently, the cost of pump-priming the economy will increase phenomenally, in exponential proportion to the duration of the lockdown.

Most MSMEs, who provide maximum jobs, would find it difficult to restart their business for many reasons; e.g., they can’t deliver their deliverables to their clients as they have not yet produced them, the deliverables may no longer be required by the Clients, the vendors may no longer exist for these MSMEs to buy from, their employees may have become untraceable or may have gone elsewhere for a job, the MSMEs may have become bankrupt, etc.

Many MSMEs may have to fold up. This will have a cascading effect on all companies. Large companies will do badly too. State and Central Governments will find it difficult to collect their revenues, even as they will be expected to pump in lots of unplanned money into the economy.

The entire society, esp the poor, could become restless. Lots of law and order and psychiatric problems may arise. The economy could nosedive. The economic costs may, in turn, translate into the loss of many lives and also the quality of lives. We may soon realize that we may not have saved the lives that we had set out to do with this option.

Option 2: We open up business, industry, and life for the common man

In this case, CV could spread wildly post-reopening, and damage India significantly, though the breather we got (compared to other countries) may have helped us somewhat. We would have saved many lives and given hospitals some time to get ready for the worst. But we may have only delayed the damages.

We are likely to know how much damage this option would cause to India, and how acceptable this option would be only over time. If the incidence of CV and deaths taper out clearly in the coming days of lockdown, this is a possibility. But there is no guarantee that CV won’t start shooting up after lifting the lockdown.

The cost of both the options, in terms of either lives or livelihood, is extremely high. If we are not willing to accept both these humongous costs, we should explore a third option, proposed by many public policy thinkers and McKinsey.

We will see a possible Option-3 in Part-2 of this article. 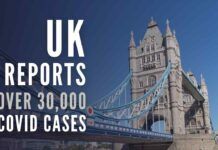