According to the recent report of the state police, “there are over 2300 OGW ‘s active in the state as against less than 300 terrorists”.

After successfully eliminating top commanders of Jaish-e- Mohammad (JeM), Lashkar-e-Toiba (LeT) and Hizbul Mujahideen (HM) during operation ‘all-out‘ in Kashmir valley, the security forces have now decided to wipe out the ‘overground workers’ (OGW) network to flush out leftover terrorists in the coming months.

According to police records, more than 125 terrorists have been eliminated in this year so far. Out of these, over two dozen foreign terrorists were also eliminated in the surgical operations in South Kashmir districts of Kashmir valley.

As per the new strategy of the officers, in charge of the counter-terrorism grid in Kashmir valley, the focus will be shifted now to choking OGW network of these leftover terrorists in the valley.

“we are receiving pinpointed flow of information related to the movement of terrorists in the hinterland and the same has allowed security forces to carry out their surgical operations without suffering collateral damage in the recent operations”.

The change in strategy was necessitated after security forces witnessed a sudden spike in the total number of active OGW’s in Kashmir valley.

According to the recent report of the state police, “there are over 2300 OGW’s active in the state as against less than 300 terrorists“.

To check their activities and the extent of damage they are causing to the counter-terrorism grid in the state, the district police chiefs have been directed to keep a close watch on the suspicious movement/activities of suspected OGW’s in their respective areas of jurisdiction.

A senior state police officer said, “OGW network is the most crucial link and is chiefly responsible for extending all possible logistic support to the cadre of a terror outfit”. He said the idea is to choke logistics provided to the local cadre of terrorist outfits in Kashmir valley in order to maintain supremacy.

Ongoing investigations in the hawala transactions done at the behest of separatists, businessmen in Kashmir valley have virtually choked their supply lines and they are desperately seeking funds and logistics to sustain their daily lives too. Recently, two LeT terrorists were seen appealing local residents to come forward and donate funds inside a religious place during Eid celebrations.

Investigations in the Pulwama terror attack have shown how a close-knit network of OGW’s came together to assist JeM bomber to launch an audacious strike on the CRPF convoy in which 40 CRPF personnel sacrificed their lives on February 14 on Jammu-Srinagar National Highway.

After the elimination of Hizbul Mujahideen commander, Burhan Wani, on one hand, a large number of local youth may have joined ranks of different terror outfits to avenge killing of their commander but on the other hand there is no dearth of patriotic Kashmiri residents who are coming forward and sharing information about the movement of terrorists in their villages allowing security forces to carry out sustained operations aimed at eliminating them.

A senior police officer observed, “we are receiving pinpointed flow of information related to the movement of terrorists in the hinterland and the same has allowed security forces to carry out their surgical operations without suffering collateral damage in the recent operations”.

Previously, the joint teams of security forces were dealing with a mass assembly of local residents who indulged in stone-pelting at the encounter sites, hindering the operations and compromising their own safety and security.

To minimise the contact time and to add an element of surprise the security forces have been carrying out these operations at the break of dawn, gaining crucial time period to maintain supremacy over the hiding terrorists. 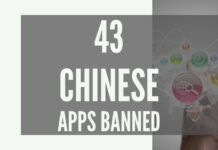