Azerbaijan: What came out in Panama Papers?

Azerbaijan’s the Aliyevs, ruling first family, have a huge offshore business empire. It provides telecoms, banking, goldmines and London mansions. Among the Panama Papers is a Mossack Fonseca firm called Exaltation Ltd. It belongs to President Aliyev’s socialite daughters, Leyla and Arzu. It had been set up in 2015 to hold UK property. The upmarket Knightsbridge solicitors who registered it, Child & Child, claimed wrongly that the two women had no political connections.

A small war. Fighting raged for four days between Azerbaijan and Armenia in the contested Nagorno-Karabakh (N-K) region. Fighting raged in the disputed Nagorno-Karabakh area for four days between Azerbaijan and Armenia. Regime critics say the flare up was built to divert attention away from the Panama Papers. Whether this is true or not, the nation has a poor human rights record.
Despite a ceasefire which was signed on May 1, 1994 and is still effective, Armenia violated it by launching an attack on Azeri soil. By its actions, it seems that Armenia wants to protect its ethnic groups who are in the majority in NK. After the most recent violation on April 2, 2016, Armenians control N-K and seven Azeri regions. Azeris feel that the situation is unbearable since they claim to have been victims for two decades. Azeris therefore launched counter-attacks and secured the hills around the village of Talish, Seysulan Settlement, and Lele Tepe hill in Fizuli region.1

Azeris also feel that sanctions should have been imposed on Armenia for blocking the peace process. Like Israel, Armenia ignores UNSC Resolutions. Four Resolutions of 1993, 822 of April 30, 853 of July 29, 874 of October 14, and 884 of November 12, objected to Armenian attempts to annex districts of Kelbadjar, Agdam, Zangelan, and the city of Goradiz respectively. UNGA also issued a Resolution after the 2008 skirmish over Mardakert. The UN has decided against Armenia that the whole of N-K was part of Azerbaijan. The principle that the UN applied was “the inadmissibility of the use of force for the acquisition of territory.”2 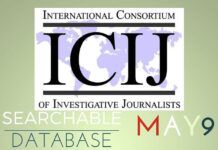 What should Armenia do? 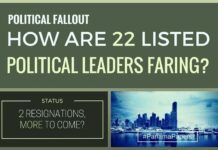 Why Tharoor is the prime suspect and who is shielding him?