Despite RBI conducting a biannual and annual inspection, it has been continuously overlooking egregious activity that is going in the bank for the reasons best known to its officials.

On a winter morning of January 10, 2020, most unsuspecting depositors of Sri Guru Raghavendra Sahakara Bank Niyamitha (SGRSBN) came near the bank. A few of them had by now realised that they cannot withdraw more than Rs. 35000/-. They wanted to know more but were told it is a temporary arrangement due to some issue of compliance and that following March 31 everything should be alright. Even the MP of this constituency Tejaswi Surya on 13th January through various media interviews assured depositors that nothing serious has happened and the Finance Minister is monitoring the situation and that issue will be resolved very soon. Then most depositors realised that Restriction U/s 35A of BR Act 1949 (AACS) has been imposed on the Bank for a period of six months and all-inclusive direction has been placed so that withdrawal limit is permissible only up-to Rs.35000/-. The reality started to sink in that something serious has happened and depositors were convinced that it was just a temporary step.

There has been a deep-rooted conspiracy of the bank management to usurp public money by various methodologies like sanctioning loans to unscrupulous elements without proper security, giving a high rate of interest on deposits, giving exorbitant commissions to agents who bring in new deposits etc.

However, the truth started emerging in layers. First, it was told by the Bank management that there are some compliance issues where RBI had asked for some pending documents and once submitted, the restriction will go. However, when it took long and no communication was forthcoming from the bank, management slowly started by telling the customers that there is some issue of NPA which needs attention. Some pending loan recovery needs to be done which would automatically remove this restriction. On this, it was told that loan recovery from the defaulters is in full swing and Bank CEO Mr Santhosh used to give a daily account of loan recovery being made. This went on for a few months, and as per Santhosh, the scoreboard kept ticking, but no tangible changes were seen in terms of the safety of our money with RBI giving no access to the genuine information, no clarity on the impending situation on the ground. It was told that RBI had asked to make a loan recovery of Rs.375 crores, and capitalization of about 200 crores and all NPA loans be dealt with utmost priority but nothing moved. Bank management would give depositors some data and give false assurance but nothing happened on the ground, be it recovery or capitalization.

Then resentment of depositors started which resulted in the Board of Director and bank management being superseded by the Registrar of Cooperative Societies on the recommendation of RBI. Mr Diwakar KCS was appointed Administrator of Sri Guru Raghavendra Bank on May 18 2020.

However, before this happened, towards the end of March 2020 just before Covid Restrictions were imposed nationwide there was an entry of 3 important politicians; Mr Tejaswi Surya, MP Bangalore, Mr Ravi Subramanya, MLA Basavanagudi Constituency, and Mr Uday Garuduachar, MLA Chickpet Constituency. Their entry was assumed by many a depositor as a great boon and that these politicians would contribute towards the recovery of this bank but Covid restriction and pandemic helped bank management and these politicians in their capricious misdemeanours. However, after bank management was superseded, directors including Mr Ramakrishna, president and other directors went into hiding. In the meantime, a Public Interest Litigation was filed for the reconstruction of the bank seeking direction to punish those who inflicted this scam on depositors.

In the meantime, Mr Diwakar, Administrator of this Bank with his limited knowledge of Banking and mandated for Liquidation of the started proceeded in that direction. He upon assuming charge gave accounts and liquidity position recommended enhancement of withdrawal limit from Rs.35000 to Rs.100000 and enhancement of Rs.65000/-. Further on multiple occasions, it was found that he gave an affidavit to the court stating that loan recovery was either not happening or very low. Chief Justice Bench of High Court of Karnataka which is hearing this PIL passed strictures on the administrator for not able to do loan recovery and his inability to even start serving notices under SARFAESI Act to the borrowers and initiated Auction of Collateral Securities to recover borrowed money. Further, the High Court of Karnataka recommended a banking expert be appointed as an Administrator who understands banking and banking scams in order to understand the extent of damage and roadmap to recovery.

On November 10, 2020, Mr Ashokan retired General Manager was appointed as Administrator who upon assuming duties started to dig the details of this bank scam. As per Mr Ashokan, there has been a deep-rooted conspiracy of the bank management to usurp public money by various methodologies. Sanctioning loans to unscrupulous elements without proper security, evergreening of overdue loan accounts to show artificially low NPA, giving a high rate of interest on deposits, giving exorbitant commissions to agents who bring in new deposits, bank management misusing their position in the bank to help in money laundering and other nefarious activities thus putting depositors hard-earned money at stake.

A few staff members like Mr Vasudev Maiyya who committed suicide was the fountainhead of skulduggery followed by Muralidhar Erkady both of whom were colleagues in Karnataka Bank with a dubious background.

In fact, as per Mr Ashokan and as confirmed in the RBI inspection report, this bank has been involved in all those nefarious activities since 2008-09. It is a different matter that RBI, despite conducting a biannual and annual inspection, in addition to a truckload of reports that it seeks from the bank it has been continuously overlooking egregious activity that is going in the bank for the reasons best known to its officials. In fact, Mr Ashokan says that the scam may have started in 2001, however, RBI was blindfolded to find out any fraud happening, the way it could not find in any other bank across the country. RBI has all the paraphernalia required to detect any frauds, it has the best technology, huge budgetary allocations and well-trained staff to catch the fraud before it can cause havoc but usually chooses to appear on the scene like the police in Hindi movies, that is at the end. The only difference being Police usually didn’t know who was the villain but RBI is fully aware of who is the villain in most of the cases. RBI as a regulatory body has miserably failed on multiple occasions since its inception.

The Registrar of Cooperative Societies as a governing body of all the Cooperative Banks with huge staff and its hierarchy along with its paraphernalia has also failed miserably to detect and deal with sinister plans of these unscrupulous elements who are lurking to gobble public money. The legal system provides for enough provision in the form of the Karnataka Cooperative Societies Act which is there to be used for protecting the hard-earned money of the depositors but more often than not even RCS has shown its laxity in preventing fraudsters in Cooperative Movement to foist sinister design to defraud gullible depositors. Frequently officials are seen complicit with such elements to swindle public money and give them enough space to escape the punishment using frailties of the law.

Chartered Accountants of this Bank both Internal Auditors and External Auditors have played a major role in this entire scam. Chartered Accountants concocted accounts and prepared Audit Report year after year to suit the need of bank management showing conjured NPA figures and aided fraudulent bank management to show a very rosy picture of the bank financials and attract depositors with a high rate of returns on their investment be it Shares or Deposits and finally due to specious audit report destroyed the bank.

Staff in the Bank were part of this sinister plot to defraud depositors money by cooperating with bank management who have continuously plundered the bank. A few staff members like Mr Vasudev Maiyya who committed suicide was the fountainhead of skulduggery followed by Muralidhar Erkady both of whom were colleagues in Karnataka Bank with a dubious background. Muralidhar Erkady joined the bank giving forged documents of their employment records which were discovered by the current Administrator and a criminal case was filed against him.

In addition, there are other Staff members like Santhosh, Prashanth, Sripad Hegde who were arrested on charges of siphoning money from the bank for personal gain and a case is pending against them and they are out on bail like their mentors in Board Directors. Similarly, Politicians have also played important role in becoming a part of this scam as they gave all kinds of political backing and fertile ground to sow the seeds of chicanery so that they can also get a share of this illicit money. This entire scam which has been continuously perpetrated on the depositors for nearly 20 years has worked as a parallel system like an underworld where all gangster gang up together form their own rules, play by their own law and cheat the people at their own will as audaciously as they can with a feeling of indomitable spirit.

RBI & RCS which was governing body came into the PICTURE just like in the old Hindi movie where they asked the depositors to not move and let all perpetrators escape. Police as usual is like lame-ducks buckling under political pressure. The only ray of hope that seems to be dawning is from the Court. However, how long will it take is a question of reality. In the midst of all darkness lurking around, the depositors are running from pillar to post in order to find out their fate and fate of their hard-earned money, trying to find hope from a hopeless situation, trying to pray all gods who have not responded yet. 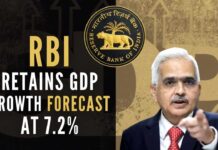 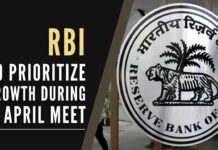 Cash withdrawals from ATMs will be heavier on pockets from Jan...