V.I. Lakshmanan – the CEO of Process Research Ortech that has pioneered technologies for environmental protection and sustainable development – said the pollution in Delhi and floods in Chennai indicate that the current developmental methods adopted by India need a big change.

“Pollution and smog in Delhi are unique to Indian conditions because it is a booming economy with high emission levels, ballooning vehicle population and poor people burning fuel to cook,” the scientist said.

“But India will have to act tough and get more aggressive like Singapore in enforcing pollution regulations – don’t issue auto/car licences, invest massively in public transport and impose heavy fines on polluters.”

According to Lakshmanan, India’s dry and hot conditions compound the problem of pollution because a heavy concentration of particles hangs in the air.

“India needs technologies to suck these particles from the air. Canada has such technologies as this country has done a lot of work on air quality since the 1970s because of our big mining and mineral industries,” he added.

Lakshmanan urged the Indian government to rope in overseas experts and research institutes for advice on developing technologies suitable for peculiar Indian conditions.

[dropcap color=”#008040″ boxed=”yes” boxed_radius=”8px” class=”” id=””]P[/dropcap]ollution in Delhi can be brought down by strict licensing, emission regulations and new technologies that suck particles from the air,” he said.

Referring to floods in Chennai, he said: “Smart waterways are the only answer. India should learn from Canada in developing these smart waterways – as advocated by (former Indian president) A.P.J. Abdul Kalam – to divert excess waters.”

“On one hand, India needs water. But on the other hand, there are flash floods every years. It happens as there are no smart waterways to take away flood waters to other rivers.”

Lakshmanan was caught in the recent Chennai floods as he was visiting the city for the release of a book he co-authored with the late Kalam.

The book titled ‘Prosperity and Peace for the Twenty-first Century’ was released by former Indian chief election commissioner T.S. Krishnamurthy. 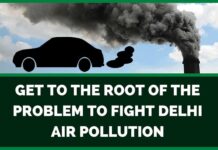 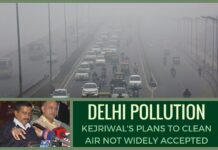