[dropcap color=”#008040″ boxed=”yes” boxed_radius=”8px” class=”” id=””]K[/dropcap]irti Azad – the MP suspended from the BJP in the wake of corruption charges against Finance Minister Arun Jaitley in the running of the DDCA – has found a supporter in party leader Subramanian Swamy.

“I have received the (suspension) notice and will respond to it. Subramanian Swamy has assured of help in drafting the reply,” Kirti Azad told the media on Thursday.

The parliamentarian also said that if speaking the truth was a crime, he would continue to do so again and again and appealed to Prime Minister Narendra Modi to look into the whole matter.

[dropcap color=”#008040″ boxed=”yes” boxed_radius=”8px” class=”” id=””]T[/dropcap]he Bharatiya Janata Party (BJP) on Wednesday suspended Azad from the party for what the party dubbed “anti-party activities” after he alleged large-scale corruption in Delhi’s cricket body when it was headed by Jaitley.

Swamy said he “did not think the party should lose an honest person like him (Azad)”.

“I will assist Azad in drafting a reply to the BJP notice. He is still a BJP member. I have every right to assist him,” Swamy said.

Azad said he wanted to know if he was suspended for raising his voice against alleged corruption in the Delhi and District Cricket Association (DDCA).

“If speaking the truth is a crime, I will keep on committing this crime,” he said.

“I am an MP; I raised some concerns and I have been suspended. I demand that the DDCA matter be resolved in three months,” the Darbhanga MP said.

I want Modi-ji to look into this issue and tell me what my fault is; I want specific answers,” Azad said.

“I also hope that the BJP ‘Marg Darshak Mandal’ looks into the issue,” he added.

Azad, a three-time Lok Sabha member from Darbhanga in Bihar, was a member of the 1983 Indian cricket team that won the World Cup.

He is the first BJP MP to be suspended since Narendra Modi became the prime minister in May last year.

Azad has for years carried on a campaign against what he calls major corruption in the DDCA, which was headed by Jaitley for 13 years until 2013. 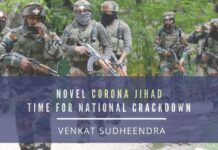 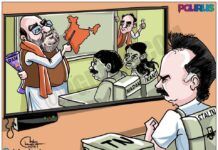 DMK maybe literate but do they know the map of India? Amit Shah explains… Chidambaram files a frivolous petition through benami against the ED officer...