Dr. Sahasrabuddhe also tweeted about the meeting in Hindi and Marathi. His Hindi tweet says, “Today, New Delhi Municipal Council President Dharmendra Kumar and Vice President Satish Upadhyay Ji were requested to name the symbol of colonialism ‘Windsor Place’ as ‘Veer Savarkar Circle’! This initiative will be a gratitude to the freedom fighter by erasing the symbol of slavery! Azadi Ka Amrit Mahotsav”

The NDMC vice-chairman Upadhyay said that the Council will consider the request for renaming Windsor Place after the great freedom fighter Veer Savarkar.

In his letter, Sahasrabuddhe mentioned that ‘Windsor Place’ has a direct relation with ‘Windsor Cattle‘ in England, a famous symbol of British rule.

“It is saddening that a symbol of British exploitation exists in the form of residential areas in a very important part of Delhi, capital of Independent India. The residential area having the name ‘Windsor Place’ that houses public representatives and Member of Parliaments of Independent India is a symbol of British Raj and colonialism,” Sahasrabuddhe said.

“The country is moving ahead after getting freedom from colonialism and celebrating the ‘Azadi Ka Amrit Mahotsav‘ for which great freedom fighters like Swatantraveer Vinayak Damodar Savarkar had sacrificed everything. Rename ‘Windsor Place’ as ‘Veer Savarkar Circle’,” Sahasrabuddhe added. 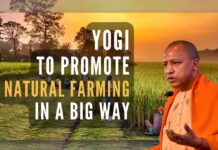