Thew acquisition of Indian online retailer Flipkart for reported USD16 billion by Walmart, faced opposition from traders and the Rashtriya Swayamsevak Sangh (RSS) affiliate Swadeshi Jagran Manch (SJM), though few from Industry gave it a thumbs up and said it’s the success story of Indian start-ups.

The All India Traders Association (CAIT) said the deal is nothing but a clear attempt to control and dominate the retail industry in India by Foreign MNC through E-Commerce in the long run.

Retailers Association of India while staying neutral commented that a few E-Commerce companies in India have been flouting FDI Policy Norms for marketplaces.

The entry of the largest retailer from USA-Walmart into Indian E-Commerce market will further flare up the market scenario with a bitter clash with the giant Amazon. This will trigger a price war in acquiring the Market share. Walmart will certainly energize the E-Commerce and retail market. In the bargain the market will see unhealthy competition; drastic price cutting and high street, mall-based Indian retail industry will suffer and bear the brunt of this conflict. The retail outlets in High-end malls, shopping centers are already in dire straits facing a serious operational crisis.

What we lack is a straightforward economy model, which can define our Long-Term vision and strategy

There is an uneven playing field to the disadvantage of Indian retailers. Only the Venture Capitalist, Investors and Promoters will be benefited and not the nation. The Foreign MNC comes with huge money bags through FDI, with a significantly lower rate of interest compared to the borrowing of Indian companies. Hence, Indian companies stand no competition against money coming through FDI, Venture Capitalist route.

The government should initiate strict FDI policy when the domestic retail industry is at stake. Many E-Commerce companies in India have not been adhering to the guidelines issued by Indian Authorities for the FDI Policy. These companies have been directly or indirectly participating in pricing and discounting, which is against the policy that seeks to create a level playing field. The seasonal market industry especially branded apparels and few others are in total despair, facing an uphill task to sustain in the present environment.

What we require is a straightforward National policy and constitute a regulatory authority to monitor E-Commerce business in India. Till the time a regulatory body is constituted, the Walmart – Flipkart deal should be put in abeyance by the government. A close scrutiny should be held for the entire deal, if required investigate all earlier investments into the company.

The need of the hour is Nationalist Swadeshi Economy Model, which can be futuristic and suitable for India. Where, we welcome FDI, Venture Capitalists, and Foreign Investors on our Terms & Conditions. The idea should be to carry forward “Make in India” initiative, make us self-dependent. The core Indian industries should be safeguarded, increase domestic consumption, encourage Export.

We need to have an open economy policy, which is lucrative and in the best interests of the Nation. 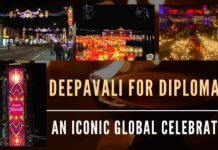 Op-Ed on Government VS RBI – Modi, act decisively and usher...