This is the concluding part on this series on Turkey. Part 1 can be accessed here.

[dropcap color=”#008040″ boxed=”yes” boxed_radius=”8px” class=”” id=””]E[/dropcap]rdogan seems to be a shrewd politician.  He has been through fire when he was jailed as a budding politician. Even in this crisis, he calmly anticipates more coups but he feels that there will be more vigilance.  Had he been an adept politician he would change his policies to eliminate the need for coups.   How Erdogan deals with the failed coup is strictly a Turkish affair.  But the West looks in horror as Erdogan’s purge looks draconian.  Secretary of State John Kerry warned that if Turkey abandoned democratic principles it would be out of NATO.15   Barring a lucky incident in Turkey’s favour, the EU is not likely to accept Turkey as a member, but the EU uses one rule that would settle the issue permanently: the introduction of the death penalty which Erdogan might introduce if the people demand it.  Turkey has already suspended its use of the European Convention of Human Rights.16

Erdogan’s crackdown includes, inter alia, 60,000 soldiers, police, judges, civil servants, one-third of the country’s top military officers and teachers who were suspended, sacked, or detained.  Erdogan decided to take charge of the military and Intelligence services.17    If the US did not surrender cleric Gulen, Foreign Minister Mevlut Cavasoglu said that ambassadors would also be purged.18

Erdogan’s purges resembled those of Mao Tse Tung between 1934 and 1945 and Hitler’s in technique if not in depth and horror, noted some writers.19   Erdogan converted a crisis into an opportunity and consolidated his powers, to the extent that writers were referring him as the new Sultan of the former Ottoman Empire.20   The Economist has an article on, “Erdogan’s new sultanate.”21

[dropcap color=”#008040″ boxed=”yes” boxed_radius=”8px” class=”” id=””]I[/dropcap]ncidents during the failed coup had some repercussions for Turkey’s foreign policy.  Eight Turkish military officers fled to Greece in a helicopter and asked for asylum.  Two telephone calls, one each from the Turkish Prime Minister Binale Yildirim and President Erdogan, to Greek PM Alexis Tsipras yielded some success. The helicopter was returned to Turkey.  The fate of the eight officers stranded in Alexandroupolis was being decided according to international law.22

Draconian purges, even if well-deserved, have a way of backfiring.  For several reasons, the purge should be rationalised and massively moderated.  Each incarcerated Turk has a network of friends and relatives who would be affected adversely and 60,000 of them can be a catastrophe for a ruler.  Besides, the country has spent an enormous amount of money to educate Turkish citizens who are needed to build the country; they cannot be under-employed or placed among the unemployed.  Large unemployment rates lead to instability in a country.  The current economy is such that a growing divide between the rich and the poor will be an issue, just as it is in the States and many other countries.  Besides, soldiers have to take orders from their commanders without questions which means that they cannot be blamed for commandeering bridges and streets.  Some soldiers were tricked into believing that they were hounding terrorists; others thought that they were conducting exercises.  The purge has therefore to be judicious rather than vindictive.  Erdogan should forego the ambition of creating a Turkish Empire and concentrate on the economy. The state of the economy decides how much a country can help others.  The aftermath of the coup will be a bigger problem than the coup itself.

[dropcap color=”#008040″ boxed=”yes” boxed_radius=”8px” class=”” id=””]R[/dropcap]eporter Ahmet Hakan has some suggestions which tie in with Kilicdaroglu’s idea of showing respect to others and avoiding a celebrity atmosphere in the aftermath of the coup.  Hakan said that ex-President Abdullah Gul and ex-Prime Minister Ahmet Davutoglu should be respected at all times.  The best way of preventing a coup is to free the media.  Hitherto, Turkish citizens could be imprisoned for criticizing official views and the President.       The Fethullah Gulen community is a reality with sleeper cells in various institutions.  An imaginative way should be found to include them in the decision-making process.24   Gulen, himself, said that he is not against Turkish democracy.  However, there cannot be true democracy when any Establishment manipulates the organs of power to suit itself. 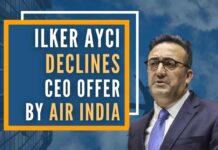 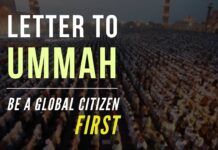 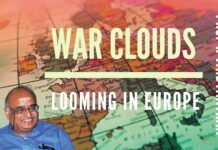 A tale of two states: Kerala vs TN in their fight...