Mastering the technique of how to use the stubble to grow mushrooms, nearly two dozen Kalanamak rice-growing farmers in 11 districts of Uttar Pradesh have completely given up stubble burning to save the environment. Now that they have started growing mushrooms, the stubble decomposes naturally into compost and is not required to be burnt.

Two young entrepreneurs, Rohan Garg and Anant Kapoor have trained 22 farmers to grow mushrooms on stubble collected from their farms in a 3-foot plastic bag in just 21-22 days. So far, the two have processed 1,300 kg of rice stubble lying unattended on over 20 acres of land of these 22 farmers.

Rohan Garg says: “We were worried about the poor air quality of Lucknow and other Uttar Pradesh cities and always read that stubble burning was one of the main reasons behind it. My friend and I decided to look for some technique to handle this problem so that we can breathe clean air. After reading hundreds of research papers, we found that in the UK, Australia, and several other parts of the world, stubble is being used to grow oyster mushrooms.

“We brought stubble from a farm, and sanitized it using two chemical compounds, formalin, and calcium carbonate, and planted mushroom spawn (living fungal culture, called mycelium, grown onto a substrate; it provides the backbone to any mushroom growing operation) and kept it in a dark room. After 21 days, we found mushrooms grew successfully. We had purchased chemicals and mushroom spawn both from the online shopping websites.”

After the successful experiment, the two visited Siswa Bazar in the Maharajganj district and convinced seven Kalanamak rice-growing farmers to try the technique, for which they provided them 3-foot plastic bags in which they collected stubble.

They then added the two chemicals and kept them in a dark room and were happy to see that they had successfully done mushroom cultivation.

Rohan added: “To help farmers sell those mushrooms, we put them on our e-commerce website and later handed them the amount earned. Thereafter, 15 more farmers showed interest, received training from us, and cultivated mushrooms.

“We call oyster mushrooms, a ‘mushroom for clean air‘, which can be easily grown from September till April. For May to October, we are now researching the possibility of cultivating milky mushrooms on the stubble that can be grown in high temperatures.” 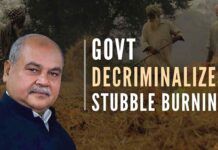 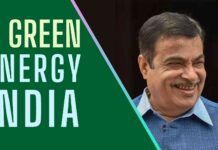