The Lok Sabha had last week passed the bill by a voice vote.

As per the Arbitration and Conciliation Act of 1996, interim orders of a court, order of an arbitral tribunal and appealable orders only applied to matters where the place of arbitration was India.

Under the new bill, these provisions will also apply to international commercial arbitrations even if the place of arbitration is outside India. This will apply unless the parties agreed otherwise.

Under the existing act, if any matter brought before a court is a subject of an arbitration agreement, parties will be referred to arbitration.

[dropcap color=”#008040″ boxed=”yes” boxed_radius=”8px” class=”” id=””]T[/dropcap]he bill says this power of referral is to be exercised by a court even if there is a previous court judgment to the contrary. The court must refer the parties to arbitration unless it thinks that a valid arbitration agreement does not exist.

At an interaction with industry chambers here last week Finance Minister Arun Jaitley had said the government would bring seek the passage of the bill for creating fast-track arbitration in the country, including single-member tribunals.

“India has almost ceased to be the centre of arbitration and adjudication and we need to bring it back because the arbitration costs abroad are enormous for our companies,” he said.

Highlights of the Bill:

– Modifies original act to say that in the case of international arbitration, the relevant court would only be the relevant high court.

– Provisions would also apply to international commercial arbitrations even if the place of arbitration is outside India. This would apply unless the parties agreed otherwise.

– Power of referral is to be exercised by a court even if there is a previous court judgment to the contrary.

– Introduces provision requiring an arbitral tribunal to make its award within 12 months that may be extended by a six-month period.

– Any challenge to an arbitral award that is made before a Court, must be disposed of within a year. 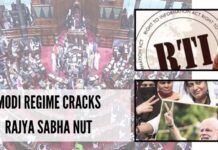 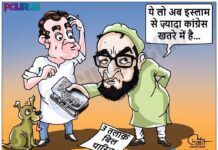 Varalakshmi – the bestower of boons