Honouring ‘Father of white revolution’ Verghese Kurien, Google on Thursday made a doodle of him on his 94th birth anniversary.

Also known as the “Milkman of India”, Kurien made India the world’s largest milk producer, an upliftment from being a milk-deficient country.

Celebrating his 94th birth anniversary, Google showed Kurien on its homepage with a can of milk in his hand.

He was appointed as founder-chairman of National Dairy Development Board (NDDB) in 1965 by the then prime minister Lal Bahadur Shastri. Dr. Swamy, in his speech in Ayodhya on his 80th birthday, says Mandir building will start from Nov 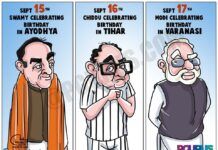 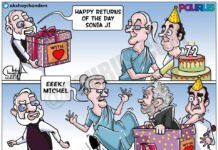