“The turboshaft engine develops 1200 kW (kilowatt) power at sea level and can operate up to 7km altitude,” HAL said in a statement here on the occasion.

“Efforts should be made to achieve excellence in aeronautical engineering with the participation of HAL and private sector. The aerospace sector, led by HAL. has potential to turn India into a aerospace manufacturing hub, as the country will require 4,000-6,000 helicopter engines in the coming years,” Parrkiar told reporters at the event.

The HTSE project is being funded through internal resources of HAL to design and develop complex aero engines for different types of choppers.

“In the first phase, we have covered the engine design, developing and testing it, and will take up its production in the subsequent phases along with testing of the full engine,” Raju said. 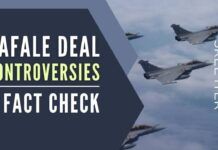 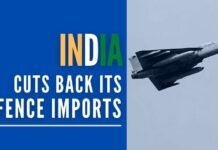 US, French and German arms exports rise, Russian and Chinese exports fall. India’s arms import reduced by 33% in the past 10 years