The minister said refund of fare after deducting clerkage charge for Reservation Against Cancellation (RAC), wait listed ticket and partially confirmed tickets have been introduced if the tickets were submitted for refund up to 30 minutes before the train’s scheduled departure.

“Rules have been amended to check bogus claims, to facilitate provision of mobile ticketing as well as paperless ticketing, discourage last minute cancellation resulting in seats/berths going vacant etc. The amendment in refund rules became necessary to adapt to changes/developments in the ticketing systems,” Sinha said.

“No cancellation charge or clerkage charges are levied and full fare is refunded to all passengers holding confirmed, RAC and wait-listed tickets if the journey is not undertaken due to late running of the train by more than three hours of scheduled departure.”

The minister added that Railways are preparing reservation charts at least four hours in advance to facilitate ticket reservation till 30 minutes before a train departs. 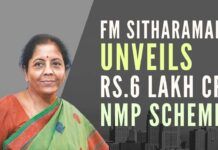 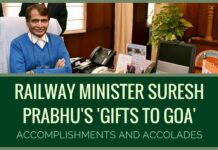 For Goa, Railway Minister Suresh Prabhu is a real ‘prabhu’!