[dropcap color=”#008040″ boxed=”yes” boxed_radius=”10px”
class=”” id=””]N[/dropcap]ew Delhi, Dec 15 – The Supreme Court on Monday asked the Uttar Pradesh government to encourage the people to opt for electric crematorium instead of going for traditional method to cremate their dead ones at a cremation ground in the vicinity of the Taj Mahal.

Asking the Uttar Pradesh government to make electric cremation free from January 1, a bench of Chief Justice T.S. Thakur and Justice C. Nagappan said that people should be made aware of the importance of opting for the electric crematorium in order to save the Taj Mahal from the smoke emitting from traditional method of cremation,

Its suggestion came as the state government expressed its difficulty in stopping the traditional method of cremation at the cremation ground near Taj Mahal as it involved the beliefs and sentiments of the people.

The court said that Central Pollution Control Board would suggest the methods that could be adopted so that emission of smoke from burning pyres could be minimised.

Asking the Uttar Pradesh government to make a comprehensive plan for the development and beautification of the entire area including the cremation ground, the court said that people needed to be made aware of the hazards that smokes from traditional methods of cremation was posing to historic monuments.

The court order came in the course of the hearing in the wake of a letter from Justice Kurian Joseph – a sitting judge of the apex court – pointing out the danger to the Taj Mahal from the smoke and ash flying from the cremation ground located about 500 metres from the historic monument.

Justice Joseph noticed this during his recent visit to Taj Mahal. 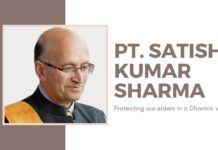 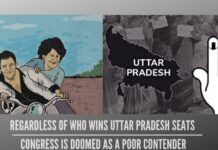 Regardless of who wins Uttar Pradesh seats, Congress is doomed as a poor contender

The other face of Human Rights