India suffers hugely due to such biased misrepresentations by Indian intellectuals

The biased, often anti-India, role of many of the outspoken intellectuals and teachers in Liberal Arts Departments (like History, Philosophy and Sociology) of Indian Universities and even intellectuals of Indian origin abroad (let me call them together intellectuals, for short) on the subject of ranking countries including India on various social indices like hunger, democracy, etc has been strongly questioned by Australia-based American sociologist Prof Salvatore Babones during his multiple interviews, starting with the one by Rajdeep Sardesai at the India Today Conclave.[1][2]

At last, an unbiased third-party professional has come forward to bell the cat. All such critiques of Salvatore Babones have been based on hard data, facts, and evidence, none subjective. He also declared unequivocally that he had no specific stakes or interests in India or the Indian government.

A stunned Rajdeep Sardesai said it requires a detailed debate, and Salvatore Babones accepted the offer for such a debate, but Rajdeep backed out.[3]

These indices and rankings are used as key inputs by global bodies like the UN, WHO, IMF, global investors, foreign governments, etc in their macro-level policy/ decision-making about India. In sum, India suffers hugely due to such biased misrepresentations by Indian intellectuals. Perception of India by the global opinion leaders and the general public also suffers, consequently.

Interestingly, he said even the very top decision-makers in governments worldwide including the US, know very little about India on their own due to their limited bandwidth and so, most of their perception and decisions are based on false opinions drummed up by the biased Indian intellectuals.

IITs, IIMs, and Science Departments of Universities are, by definition and in reality, objective. Professors in these institutions are not subjective like those in the liberal arts departments of global and Indian universities and people running most NGOs.

If IITs, IIMs, and Science Departments of renowned universities also start collecting data, researching, and publishing rankings of various countries, more particularly India, on all these topics like poverty, democracy, environment, press freedom, etc more objectively, without involvement/ interference of the governments, it will serve many purposes, as enunciated below.

Perhaps, professional bodies like CII, FICCI, NASSCOM, etc can take the initiative and urge their member companies to fund this effort. Funding as CSR activity is a possibility. This investment will pay off not only for the country at large but also for the Indian industry in particular.

Some may ask if this is the job of IITs, IIMs, and Science Departments of Universities. If the departments of liberal arts are creating false narratives and damaging the larger interests of the country, its people, and the Indian industry, should IITs and IIMs wash their hands off and watch it from the sidelines?

[3] Rajdeep Sardesai proposes debate with sociologist Salvatore Babones over his criticism of Indian intellectuals, then declines his invitation to debate – Nov 13, 2022, OpIndia 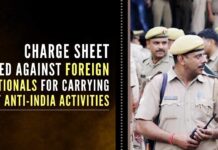 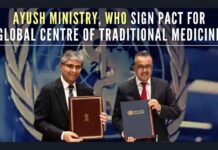