A darling of the children and a scientist par excellence, Former President A P J Abdul Kalam passed away on July 27 when he collapsed while delivering a lecture at the Indian Institute of Management in Shillong in Meghalaya in the evening.

The doctors confirmed Kalam dead two hours after he was taken to the Intensive care unit of the Bethany hospital in Shillong with little signs of life. In three months time, Kalam would have turned 84.

Known as “missile man,” Kalam held the office of President between 2002 and 2007 as the 11th head of the republic.

The Government has declared a seven-day national mourning, Union Home Secretary L C Goyal said. Both the Houses of Parliament will meet on Tuesday to make obituary references to Kalam.
Kalam was elected to the highest office as consensus candidate of the Atal Bihari Vajpayee-led NDA government. Except the left parties all other parties had supported his candidature.

Kalam was an aeronautics engineer from Madras Institute of Technology. As Chief Scientific Adviser to Vajpayee, Kalam played a key role in the Pokhran nuclear test in 1998.

A lifelong bachelor and vegetarian, Kalam was very fond of playing veena and mixing with children. He also had special interest in Carnatic music.

Led by Prime minister Narendra Modi, political leaders, social activists and the nation mourned the death of man who will be fondly remembered as “people’s president.” 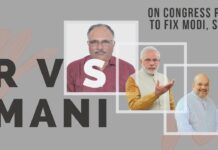 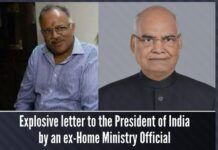