[dropcap color=”#008040″ boxed=”yes” boxed_radius=”8px” class=”” id=””]A[/dropcap] “budding bromance” between India and the US or “Modbama” as Foreign Policy called it, under Prime Minister Narendra Modi and President Barack Obama, took their ties to a new high in the year gone by.

The year began with Modi, once a persona non grata in the US, staging what was called a “diplomatic coup” with an invitation to Obama to be the first US president to be the chief guest at India’s Republic Day.

Beyond the symbolism, Obama’s “game changing” second visit to India in four years saw “Barack” warming up to Modi and sent what the US called an “important message” to the world about their commitment to realise the full potential of India-US relationship.

[dropcap color=”#008040″ boxed=”yes” boxed_radius=”8px” class=”” id=””]T[/dropcap]he White House’s first National Security Strategy since 2010 reflected the changing relationship with Obama saying the US was “primed to unlock the potential of its relationship with India” as part of its rebalance to Asia and the Pacific.

Nine months later, Modi returned the compliment with yet another hugely successful visit to the US with a warm hug for Obama, a courtship with Silicon Valley and a love fest with the Indian diaspora.

But even before Modi and Obama had their fifth bilateral meeting in New York, the two nations, at their first strategic and commercial dialogue, reached five key agreements.

Topping the list was a decision to step up their counter-terrorism efforts with Washington, for once, recognising the threat posed by South Asian terror groups, including Pakistan based Lashkar-e-Taiba, responsible for the 2008 Mumbai terror attack, and the D company.

Defence Minister Manohar Parrikar ended the year on another high note. “Gelling well” with his US counterpart Ashton Carter, they agreed to further expand their growing defence partnership to make it what Carter called an “anchor of global security.”

As Carter welcomed India’s rise in the Asia-Pacific region, the two countries committed to identify additional projects for possible co-development and co-production of high technology items.

Meanwhile, Obama called his “friend and partner” Modi a couple of times on a new hotline, first to win his support for the Paris climate deal and then to thank him for India’s positive role in reaching the historic accord.

[dropcap color=”#008040″ boxed=”yes” boxed_radius=”8px” class=”” id=””]A[/dropcap]t his year-end victory lap, Obama highlighted American leadership in bringing China, India and Brazil on board for the Paris climate deal among his successes of 2015 from thawing relations with Cuba to halting Iran’s nuclear programme.

The White House also acknowledged India’s “substantial sacrifice” in backing the sanctions against Iran that helped Washington seal the deal with Tehran.

Obama also scored big victories with the Supreme Court upholding his signature healthcare law and marriages between same sex couples in all the 50 states.

But even as reports suggested that gun violence in America claims a thousand times more lives than Americans killed through terrorist attacks in a decade, Obama failed to win support for passing tough gun laws in the face of a powerful gun lobby.

[dropcap color=”#008040″ boxed=”yes” boxed_radius=”8px” class=”” id=””]M[/dropcap]eanwhile, as the great American election carnival started rolling, brash billionaire Donald Trump shot up to the top of the Republican field despite his outrageous comments about barring all Muslims from the US or building a wall to keep “rapist” Mexicans out.

While Trump seems to have torpedoed the presidential ambitions of Jeb Bush, son of a former president and brother of another, self-styled democratic socialist Bernie Sanders was posing a tough challenge to Hillary Clinton’s second “rendezvous with destiny”.

But whosoever American voters choose as the new tenant of the White House next November, one thing is clear: Relations between India and the US are poised for a take-off given solid bipartisan support for this. 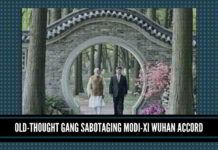 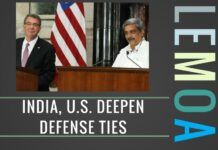