The needs and wants of the youth of rural India

We are about to turn the corner and welcome 2023 with many hopes, dreams, and aspirations. I have chosen to talk about educating the youth in rural India which, I firmly believe, will shape the future of individuals, society, and the emerging New India. In that, a major role and responsibility stand on the shoulder of teachers who are the lightning torch for youth. It is my conviction that instilling pride in government schools is critical to educating the millions of rural youths who attend those schools.

As a career educator and now volunteering for an NGO Vidya Gyan, I have visited about 50 government primary/ junior schools in the Saharanpur district of Uttar Pradesh. In the process, I have interacted with hundreds of teachers, students, and parents in rural areas.

Based on my experiences and interactions, the more I think about the state of education in rural India, the more frustrating it gets. Yet, Vidya Gyan marches on with the hope of transforming one child and/ or one school at a time. What causes frustration? The lack of accountability of learning by students focuses on teaching the curriculum, dilapidated infrastructure, poor distribution and shortage of teachers across schools, teachers assigned to non-teaching duties at the expense of student learning, and a sizable proportion of teachers not caring much for student learning. It is by no means an exhaustive list nor it is meant to point fingers at anyone but to state the ground reality. Lack of pride in schools:

What I have observed over the years is that the “government” schools have an extremely poor image even if it has sufficient and qualified staff, good infrastructure, and respectable teaching and learning tools, etc. It is a common belief and expectation that the government must do everything in a government school. In other words, there is no sense of ownership among the stakeholders – the students, teachers, parents, community, and even the administration. Such attitudes are far more common in rural areas where parents are less well educated with limited means.

The interaction between teachers and parents, in my analysis, is severely limited in spite of the fact that the School Management Committees (SMC) are now mandated to meet regularly. It is perhaps no secret that many SMCs are barely active and often meet “on paper.” De facto, the school headmaster/ in charge makes decisions and SMC members are just the signatory. This is unfortunate and manifests the lack of interest, commitment, and ownership by the community/ SMC. Additionally, teachers spend little time connecting with the village community because they commute from a nearby city and are thus always in a hurry to go home.

Our School: Our Pride:

Vidya Gyan has made many “failed” attempts to promote building pride in the government schools with a simple slogan, “Our School: Our Pride.” Vidya Gyan as an NGO without authority has approached schools but they showed reluctance in using the slogan without explicit written notice from the district administration. Similarly, the administration is reluctant unless written notification comes from the State. India’s bureaucracy and the hierarchical system were clearly at play.

Vidya Gyan’s approach was to have the slogan grow organically from one school to one Block and the District at a time. Let me quote examples like School Chalo Abhiyan, Swachchata Abhiyan, Beti Bachao Beti Padhao, and Har Ghar Jhanda which have brought positive changes. India may not be 100% clean but Swacchchata Abhiyan has raised awareness and as a result, India is much cleaner than ever before. Likewise, other national efforts have been steadily successful.

It is Vidya Gyan’s vision and belief that an ordinary change of calling the school – “Mera or Hamara School” instead of a government school will have an extraordinary effect on changing people’s attitudes. It will instill the spirit of ownership of government schools among stakeholders and thus a deep sense of pride will steadily take root.

It is human nature and common practice to take good care of anything we own. Government schools are no exception. Vidya Gyan proposes the use of the slogan every day during the morning assembly as a reminder that government schools belong to us. After all, government schools are commonly named after the village. For example, all PS (Primary Schools) are called as “PS Kota” in my own village of Kota. This school in turn provides learning opportunities to the children of Kota and the parents proudly call Kota their home.

The teachers should reach out to parents and explain that their sons/ daughters are the future of the village irrespective of how far they may go in educational accomplishments. I am of the opinion that every parent has a deep desire and dream for their children to succeed and know that education is the only way to get out of the shackles of poverty.

The slogan itself is apolitical and its implementation needs no financial resources or significant time commitment by anyone. I am convinced that the word ‘Mera or Hamara’ would magically and steadily transform the culture of the school among stakeholders. What is needed is the administrative will to issue a notification asking teachers to take a few minutes in the morning assembly to remind children that the school belongs to all of them. Teachers should also take lead in informing parents that the government built the building, hired teachers, and provided mid-day meals, books, dresses, etc. but the school truly belongs to them.

I ask the readers if they can imagine or perceive anything negative about instilling pride among the school stakeholders. Does anyone see anything political in the slogan and/ or dividing the community based on religion, region, and/ or race in implementing the slogan? It has no politically charged implication like the vote bank.

I call upon the local, State, and Central government authorities to instill pride in the schools using the slogan “Our School: Our pride.” May the Prime Minister use this slogan in one of his topics of discussion as he regularly holds “charcha” on different themes. The pride in schools will accelerate competitive spirit and learning among rural youth because they will want their own school to excel. I am equally persuaded that teachers’ attitudes toward school will change if they begin to feel the ownership of the school.

The government must continue to invest more resources for an improved learning environment but if we can’t change the attitude of the stakeholders, little is likely to change. The slogan has the potential to change attitudes and behavior but even if it does not instill pride in the school, it surely does no harm. I hope that the forward-thinking administration and teachers of New India will take serious note and implement Our School: Our Pride as a means to change school culture and people’s attitude. 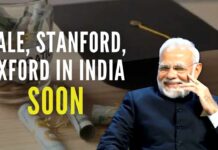 A massive step for education push by PM Modi; Yale, Stanford and Oxford in India soon Uttar Pradesh: Women to get 50% representation in school committees 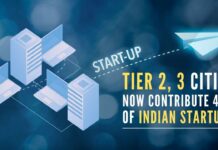