Muslim bodies take out a demonstration against the school

A student in the 11th grade was informed by the school authorities that she cannot wear a headscarf because it was not a part of the uniform. The parents had filed a complaint with the education department but when no action was taken, the student had to take a transfer certificate.

The organization’s demand comes over the school allegedly disallowing students to wear the headscarf at the institution.

The MYL released a statement thereafter, in which it said, “Now, the student has obtained a transfer certificate from that school. It is a violation of her fundamental right. The organization added, “The inaction on the part of the state government in taking action against such institutions cannot be accepted.”

They had warned of strong protest, and despite that, when the state government failed to take action they took to the streets outside the school on September 26, raising slogans with placards. The police, in order to control and disperse the protesters, used force. A few of the protesters were also detained. 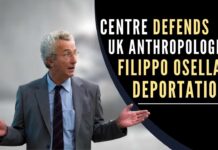 Govt. of India defends UK anthropologist Filippo Osella’s deportation. Says he is in the highest category of blacklisting 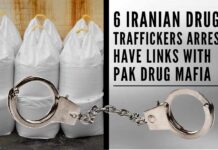