John Allen Chau, an American missionary, was killed last week as he tried to spread Christianity to North Sentinel, a forbidden island in the Andaman Sea with a long history of repelling outsiders.

Last month, a 26-year-old Christian missionary named John Allen Chau was killed on a remote Indian island in strikingly similar circumstances as the men in Ecuador.

In January 1956, five young American missionaries decided to make contact with a small tribe of natives in eastern Ecuador, with the purpose of converting them to Christianity. a few days after their first direct contact with the group, they were speared to death on a secluded beach. In the Christian circles, the men were seen as martyrs who died for their faith.

Dreher pointed out that Chau’s death has prompted a regional backlash that could make life harder for the minority population of Christians in India.

Chau dreamed of converting the members of an isolated tribe on the North Sentinel Island, who are known to aggressively resist contact from outsiders. He attempted to prepare to do so, but he didn’t speak the language. He approached a group of North Sentinelese from the water and hollered: ‘My name is John, I love you and Jesus loves you.’, apparently, Chau was killed the next day by bows and arrows, on the beach.

The public reaction to Chau’s death has been much different than the response to the men in Ecuador 60 years ago. Accusing Chau of “cultural imperialism and insane arrogance,” many opinion pieces have been published by mainstream media outlets. Many critics pointed out that Chau’s expedition was a violation of Indian law, which forbids outsiders to even approach the island. It was also an epidemiological risk to the North Sentinelese. They are not even immune to the most common illnesses including flu. And even if the North Sentinelese were not harmed by new germs, contact with outsiders could irreparably alter their lives and culture.

Chau was acting out one of evangelical Christianity’s highest imperatives—and most cherished narratives by travelling to an “unreached” group of people. For many evangelicals, this is the most dramatic version of fulfilling Jesus’ “Great Commission,” in which he told his followers to “go and make disciples of all nations.”

Interestingly, even Christians have not hailed Chau as a hero of the faith. “Chau’s stunt not only had absolutely no chance of success. It also stood to bring sickness and death to this tribe,” wrote the conservative Christian writer Rod Dreher. Dreher was among those pointing out that Chau’s death has prompted a regional backlash that could make life harder for the minority population of Christians in India, not to mention Christian aid workers and long-term missionaries there.

Chau had indeed received training and support from a number of American evangelical missions groups.

Chau seemed to approach the island with a cartoonish style of Western swagger which is a part of the reason Chau’s story has prompted a backlash among both Christians and secular observers. In his diary, parts of which have been made public by his family, he wrote of attempting to befriend the Islanders with offerings of scissors and safety pins, and by singing Christian “worship songs.”[1]

Thomas Kidd, a historian at Baylor University who wrote a blog post about media reactions to Chau’s death said, “There’s been such a sea change in evangelical missiology over the past 50 years about the danger of cultural imperialism, There’s much more sensitivity among evangelicals than there was at the time of [the missionaries in Ecuador’s] death.”

If Chau had been acting as a rogue agent, his missteps would be easier for Christians to dismiss as an aberration unrelated to traditional missionary work. That’s how it seemed when the story of his death first emerged: He had travelled to the island by himself, and it wasn’t clear whether he was affiliated with an agency with an expertise in the logistics and ethics of cross-cultural missionary work.

Chau had indeed received training and support from a number of American evangelical missions groups. One of them was All Nations, an interdenominational organization based in Missouri.

In a recent interview with Christianity Today, another leader at All Nations described Chau as “thorough and meticulous in his preparation,”

Chau approached the Kansas City-based agency about two years ago. His goal was to visit the island “to share the love of Jesus with them.” Arlund said that he had been working toward the project since he was 18. He even selected his major at Oral Roberts University (in health, exercise science, and sports medicine) with the trip in mind. He spent a summer in linguistics training with another well-established Christian organization, SIL International, to prepare to acquire the North Sentinelese language once he landed there. He also participated in an All Nations training program for potential missionaries and continued with an online “internship.”[2]

Chau was in contact with All Nations until as recently as Oct. 18. In a recent interview with Christianity Today, another leader at All Nations described Chau as “thorough and meticulous in his preparation,” and said he had quarantined himself for a period of time before approaching the island to try to reduce the risk of disease transmission. Arlund said All Nations did not provide specific logistical advice on Chau’s mission but believed he was well prepared.

What makes this case unsettling for many evangelists is the fact that Chau was not acting impulsively or independently. “There’s a high-wire act that evangelicals have to contend with,” said Kidd. “To outside observers, they’d say of course this is cultural imperialism, you’re imposing your culture. Evangelicals say we can set aside culture and just boil it down to the Gospel.”[3]

[1] ‘God, I don’t want to die,’ U.S. missionary wrote before he was killed by tribe on Indian island 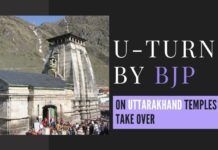 Why is Uttarakhand State BJP Govt trying to take over Hindu Temples? 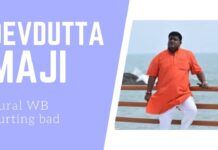