Application sought to seal the mosque, as it was originally the ‘garbh grah’ – Krishna Janmasthan

An application has been moved before in a local court in Mathura to seal the disputed Idgah mosque complex. The petitioners have moved this application claiming that if the Krishna Janma Bhoomi disputed premises are not sealed, then the religious character of the property will be changed.

Two lawyers filed two separate pleas in local courts in Mathura on Tuesday, one demanding that Muslims be restricted from offering namaz at the Shahi Idgah and another asking it be sealed to ensure that no changes are made in the premises where Hindu petitioners claim religious symbols are present. Currently, nine petitions are pending before lower courts in Mathura on the subject. Other petitioners include lawyers from Delhi and Lucknow, besides six law students from Lucknow and Dehradun universities.

Shailendra Singh, a Lucknow-based lawyer, filed a petition before the court of the district judge, Mathura, seeking permission to file the suit in a representative capacity and to restrain Muslims from offering prayers at the Shahi Idgah.

Singh said after moving the application, “We are of the belief that the Shahi Idgah mosque has come up at the place where a temple existed. It was here Lord Krishna was born. We thus seek that Muslims be restrained by permanent injunction from offering prayers at the Shahi Idgah mosque. Since the structure has been constructed on the remains of a Hindu temple, it is akin to a temple and does not qualify the merit of a mosque.”

A second application, to appoint a security officer to ensure no changes are made in the mosque premises was moved before the court of civil judge (senior division), Mathura, Jyoti Singh, by one of the petitioners in the Sri Krishna Janmabhoomi title suit. The title suit involves some Hindu groups demanding that the 13.37-acre area of the mosque complex be transferred to the Hindu side.

After hearing the petitioner, the judge posted the application for hearing on July 1, the same day when the 2020 suit (Thakur Keshav Dev Maharaj and others versus Management Committee, Shahi Idgah Mosque and others) will be heard.

“Much like the findings at Gyanvapi mosque in Varanasi, there are Hindu religious markings such as Om, Swastika, and Sheshnaga (Hindu mythological serpent) within the Shahi Idgah mosque that can prove it was originally a temple, which was demolished to construct a mosque,” said lawyer Mahendra Pratap Singh, the counsel for the petitioner Thakur Keshav Dev Ji Maharaj (the deity).

Singh further said that the application also sought to seal the mosque, alleging it was originally the ‘garbh grah’ where Lord Krishna was born.

“This could be done by prohibiting movement on its (Shah Idgah) premises, besides appointing a security officer to ensure that no changes are made in the mosque. For this, directions can be issued to the district magistrate and SSP (Mathura) besides the commandant, Central Reserve Police Force (CRPF), taking care of the security of the Shri Krishna Janmabhoomi premises,” said Singh.

Singh maintained that the mosque does not fulfill the pre-condition laid out in the Quran, which says a mosque should be built on an undisputed land having no mark of any other religion.

The demand to demolish the Shahi Idgah Masjid gained momentum after the 2019 Supreme Court verdict in the Ayodhya land dispute case. Three lawsuits pertaining to this issue have been filed in the Mathura court. Primarily, they challenged the agreement signed between the Shri Krishna Janmasthan Seva Sansthan and the Shahi Idgah Mosque Management Committee on October 12, 1968. As per the agreement, the mosque was allowed to exist and use the land on which it is situated.

The All-India Akhara Parishad has backed the contention that Mughal emperor Aurangzeb built the mosque in place of a Krishna temple which was constructed at the birthplace of Lord Krishna. On the other hand, the opposing side has often cited the Places of Worship (Special Provisions) Act. 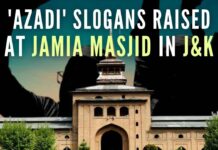 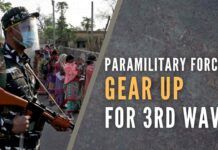