Tihar Jail officials have confirmed that the man massaging Aam Aadmi Party’s Delhi health and finance minister Satyendra Jain in jail has been identified as a rape convict charged with the POCSO act, he is not a physiotherapist, as claimed by AAP leaders.

Days after the CCTV video went viral on social media of jailed Delhi min Satyendar Jain getting a massage in the prison, Tihar Jail official sources said, Rinku is a prisoner in a rape case. He is charged u/s 6 of the POCSO Act & 376, 506 & 509 of IPC.

Satyendar Jain, in the videos from September 13, is seen lounging on his bed as a person is massing his legs and hands. He is seen receiving a full body massage including a head massage a day later.

The video emerged days after the Enforcement Directorate told the court that Jain was getting VIP treatment in jail.

Speaking on the CCTV footage, BJP national spokesperson Shehzad Poonawalla remarked, “Instead of getting punishment, Satyendar Jain is getting VVIP fun inside Tihar jail courtesy of the AAP government which controls Tihar jail. All the jail manual rules are thrown into the dustbin as VVIP treatment is given to Satyendar Jain. Head massage and foot massage on multiple days, he is allowed to lounge, read the paper, and get mineral water inside the jail. This is not given to any other prisoner. But this person who hasn’t got bail in the last 5 months is being given this kind of treatment.”

Delhi Chief Minister and AAP head Arvind Kejriwal refuted the claims of VIP treatment given to the jailed minister and Aam Aadmi Party (AAP) leader Satyendar Jain. He said the viral video from inside Tihar Jail is of Jain receiving ‘physiotherapy’ and not ‘massage’ as alleged by the saffron party.

Earlier, the Rouse Avenue Court in Delhi refused to grant bail to AAP leader Satyendar Jain and two others in the money laundering case. The minister was arrested on May 30 under various sections of the Prevention of Money Laundering Act by the Enforcement Directorate (ED). 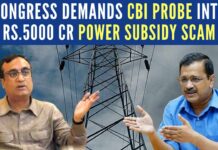 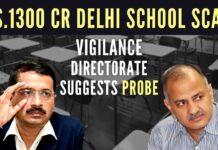 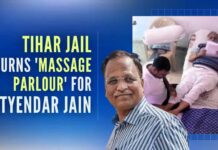