After a massive crackdown by the National Investigation Agency (NIA) on the PFI, now the Centre has started a crackdown on a drug cartel. The Central Bureau of Investigation (CBI), in a massive attack on drugs and people associated with smuggling and peddling, conducted raids at several places across India.

Acting on an input shared by Interpol, the CBI carried out the biggest pan-India drug bust in recent times. The CBI sleuths have arrested around 175 people and registered 127 cases across 27 states and union territories of the country in connection with the agency’s anti-drugs operation. It is pertinent to mention that it is a second Interpol coordinated operation carried out by the CBI in less than a week.

The arrested people are from the states such as Punjab, Himachal Pradesh, Maharashtra, Delhi, Manipur, Gujarat, and Tamil Nadu.

Apart from this, the central investigating agency also recovered a huge cache of illicit drugs. CBI seized 5 kg of Heroin, 33kg of Ganja, and 3.2 kg of Charas during its Operation Garud.

The raids that started a few days ago, aim to dismantle organized crime syndicates, drug syndicates, and narco-terrorism. 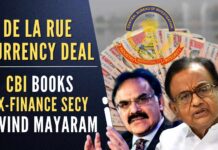 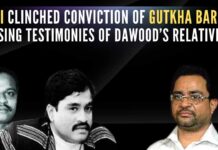