For Pakistan, the writing on the wall is clear. It will face more audacious strikes from India in the coming days.

The Indian Air Force (IAF) strike in early hours of 26th February 2019 on terror training bases deep inside Pakistan that killed over 350 terrorists has made us all speechless.

It has certainly made the Pakistanis speechless because not even in their wildest dreams did they imagine India would attempt this. The continuous stream of rattled mumblings – from the official spokesperson and their defense minister- all point to a stunned and confused Pakistani establishment.

No one expected the scale and dramatic results that looked too easy and perfect.

For almost three decades now, they have been bluffing the world about their nuclear capabilities and by inference, held out nuclear blackmail on India. The IAF just shattered this self-created glass firewall that Pakistan was touting as an unbreachable threshold. That blackmail is in tatters in the cratered remains of Balakot in Mansera district in Khyber-Pakhtunkhwa province of Pakistan.

For most Indians, the IAF precision strike executed with flawless perfection was too real to even comprehend initially. Like the Pakistanis, they too were expecting the Indian armed forces to conduct a surgical strike where a small special forces team would embark on a stealth mission to neutralize the terrorists. But the air strike was a different ball game altogether. No one expected the scale and dramatic results that looked too easy and perfect. But that betrayed the power and sophistication of a deadly air force that is arguably one of the best in the world.

Even as media reports flooded in with all the exhilarating details, some larger issues embedded in the air strike are worth noting.

It is not that India’s armed forces suddenly turned pro. The fact is that they were always a potent force to reckon with, even before India got its Independence from Britain in 1947. No one doubted its capabilities. The fact that they have armed themselves to the teeth over the last decade only adds sheen to the valor and dignity of the forces.

In many ways, India has de facto expounded a new doctrine in taking on cross border terrorism set against nuclear blackmail.

As many have already pointed out, the deployment of the air force for the first time to neutralize terror camps deep inside Pakistan is a welcome change in the mindset of the mandarins in Delhi. Simultaneously, and more importantly, India seems to have called the nuclear bluff of Pakistan.

In many ways, India has de facto expounded a new doctrine in taking on cross border terrorism set against nuclear blackmail. This will be hotly discussed and reviewed by military institutes the world over for some time to come.

For decades the political leadership did not dare to confront the neighbor’s use of terror as a state policy head-on.

More importantly, it has opened a window into the mind of Narendra Modi, a Prime Minister, the like of which India has not seen in seven decades. If anyone would have followed his speeches – even before he was elected to the high office in India – it would have been evident that he was determined to corral and defang Pakistan from day one. Hence it would indeed be juvenile to see the air strike as just a fallout and response to the killing of 40 soldiers in Pulwama on 14th of February 2019.

For decades the political leadership did not dare to confront the neighbor’s use of terror as a state policy head-on. This pusillanimity in effect reduced the armed forces to be just a beat cop chasing the terrorists. In retrospect, India had voluntarily succumbed to the blackmail even without putting up a fight.

But Modi changed all this. In a very deliberate and studied evolution, he appears to have worked very hard, quietly and off the radar to evolve a strategy that will neuter Pakistan, and in effect also clear the biggest stumbling block in India’s road to rapid development.

Given Modi’s thoroughness and penchant for perfect execution, he must have indeed been at work for a very long time. He needed to have the right logistics in place so the right preparation can meet the right opportunity. From arming the forces with best he can get to the top in class satellite systems to keep a hawk’s eye on Pakistan, the task seemed to be done. He was only waiting for the right opportunity. The surgical strike carried out in September 2016 was but his first laboratory tests of the doctrine he had put together in his mind.

But then more needed to be done to prime the forces and logistics. The Armed forces must have been busy planning and exercising on the operational plans since then. The killing of the 40 Central Reserve Police Force (CRPF) jawans provided the right opportunity for India. Diplomatically, the killing provided the right narrative to take on Pakistan.

The mission, for its sheer daredevilry and perfection in penetrating the defenses of nuclear power and obliterate over 350 terrorists gives one the goosebumps. The ease with which the IAF befuddled the enemy’s radars and air defense systems to deploy a formation of at least 12 fighter jets to carry out its deadly mission and safely return to base in just 21 minutes will be discussed endlessly by military strategists all over the world.

But then, one must realize that an extremely capable force worked in perfect unison with Modi the strategist par excellence, who was willing to take risks to wipe out terror from South Asia. It certainly appears that India has broken its backbone, although the vestiges may linger on for more time to come.

This operation indeed is a cause for celebration for every Indian. It is indeed the beginning of the unraveling of a rogue nation that has with gay abandon used terror as a state policy. For Pakistan, the writing on the wall is clear. It will face more audacious strikes from India in the coming days. It is difficult to see how Pakistan as a country, in its current geographical bounds will last beyond a few years at best. 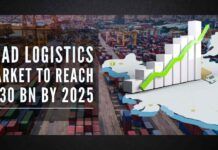 Transformational Leaders for President of India