In a televised address to the nation on September 21, 2012, the then Prime Minister Manmohan Singh told the people of India that “Money doesn’t grow on trees”. He was trying to convince the voters that reining in the inordinate government spending and financing some of the trade deficits with Foreign Direct Investment (FDI) is not a bad idea. On November 08, 2016, Prime Minister Modi told the nation in another televised address that the cash portion of the money, that Manmohan Singh claimed didn’t grow on trees, needs to be deposited back into the banks.

The dollar was backed by gold and so was the rupee pegged to it.

There is a core to the economic challenges that led our two Prime Ministers to make these televised announcements and I believe that demonetization has opened a short window of opportunity to solve the underlying problems.

After the 1944 Bretton Woods agreement, and before 1971 when the agreement ceased to exist, money didn’t grow on trees, to the extent that foreign nations, who could redeem their dollar notes with gold, kept tabs on how many notes were being issued by the Federal Reserve. The dollar was backed by gold and so was the rupee pegged to it. The free market didn’t feel the need for an alternative currency as what was available was consistent with, or at least close to, what it would have approved of.

The four trillion dollar balance sheet of the Federal Reserve, following QE I-III, is one evidence of the failure of the post-1971 fiat system and of its inevitable collapse. Free market, having anticipated an impending loss of confidence in fiat currencies, and despite the obsolete pre-1971 regulations, is trying to find solutions. Political capital one needs to muster to end the reign of central banks is formidable; so politicians in developed economies who believe in free market are advocating for the next best, or transitional, alternative – free market competition in currencies.

Chapter III, Section 22, Part I of the Reserve Bank of India Act, 1934 gives the central bank the sole right to issue bank notes in India. In 2011, Ron Paul, in an effort to abolish a similar right of the Federal Reserve to issue notes in the U.S. introduced the Free Competition in Currency Act of 2011. He has been warning about the collapse of the fiat system and envisions privately issued sound money based on commodities to save the U.S. from its own government.

Ron Paul could not convince the congressmen and senators in the U.S. to pass the bill. The probability of passing such a bill in India is equally low; even if the Prime Minister gives the bill a consideration, he must face the legacy socialist “economists” in India who might lose their mind over the thought of potential bank runs or over how capitalists will fleece the illiterate with fake currencies the same way they have, over the years, defrauded the poor by selling them mobile phones. They will find it difficult to comprehend why it should be up to the people whether they want to use government’s notes or privately issued notes, the same way they can now decide whether they want to use a government owned MTNL’s service or the one provided by Airtel or Reliance.

The cost of government monopoly over money, reflected in the two televised announcements of our Prime Ministers, far outweighs the cost of bank runs associated with privately issued money. And the forty-five-year-old experiment is yet to unravel to reveal its true cost. After demonetization, the people of India are desperate for cash and a bill that allows private money to compete with government money might be perceived by the voters as a palliative measure rather than an elaborate conspiracy. If the NDA government introduces and passes such a bill, Modi, who is currently being criticized by free market economists across the world for his demonetization step, will be revered by them forever as the 21st century founding father of free India.

To understand in detail and in layman’s terms how fiat currencies, socialist governments and nationalized banks in India has ruined the Indian economy, and how competing currencies can solve our problems, I would encourage you to read the following two articles Republic of Ghaziabad – Part I and Republic of Ghaziabad – Part II. I have written these articles for people who do not understand complex terminologies of economics.

Editor’s Note: A Private currency, backed by a Distributed Ledger System can be a compelling alternative. 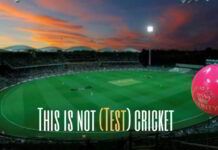 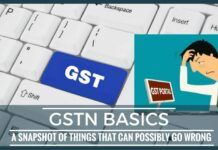 GSTN BASICS – A snapshot of things that can possibly go wrong P3 – Create a little world of friends and relatives, to...