Interestingly, the documents also reveal that the chief minister’s office had requested the principal secretaries of the commerce as well as health and family welfare departments that R.K. Ray, a child specialist at Jai Prakash Chikitsalaya here, be given permission to travel as the chief minister’s personal physician.

The reply, received from the Madhya Pradesh Trade and Investment Facilitation Corporation Limited (TRIFAC) by activist Ajay Dubey in November, stated that gift items of Mrignayani MP Emporium and MP Laghu Udyog Nigam Limited, both owned by the state government, were carried for distribution to political leaders/VIPs/investors/ delegates during an interactive session in Tokyo chaired by the chief minister. These gifts had no commercial value, according to a document accessed through the RTI reply.

One of the documents showed that Rs.10,13,740 was approved for the interpreter.

During the trip, Rs.76 lakh was spent in Japan and Rs.44.50 lakh in South Korea (not counting the airfare).

“At a time when the farmers are committing suicide in the state due to drought, the CM is making foreign trips. Moreover, when it comes to investment, Madhya Pradesh doesn’t come in the priority list of Japan and South Korea among the other states in India,” Dubey said.

This is the second time this year that Chouhan’s foreign trip has raised eyebrows.

In August, the reply to an RTI plea by Dubey revealed that an eight-member delegation led by Chouhan spent close to Rs.3 crore ($465,000/$58,000 per head) on a five-day US trip in February, which included giving expensive gifts to investors,

Madhya Pradesh has been mired in the Vyapam scam for years, but the irregularities eventually came to light when 20 people were arrested in 2013 for impersonating candidates appearing for the 2009 medical entrance examination.

Forty-eight people associated with the Vyapam scam have died – mostly under mysterious circumstances. Following the chain of deaths, the Supreme Court in July directed the CBI to investigate not just the Vyapam scam but also the deaths related to it.

[dropcap color=”#008040″ boxed=”yes” boxed_radius=”8px” class=”” id=””]T[/dropcap]he most recent death was of an Indian Forest Service officer, Vijay Bahadur Singh, whose body was found close to a railway track near Odisha’s Belpahad station on October 15. He was travelling by the Puri-Jodhpur Express. The CBI has started probing this death as well. 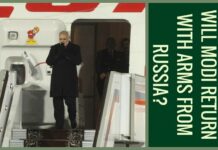