[dropcap color=”#008040″ boxed=”yes” boxed_radius=”8px” class=”” id=””]T[/dropcap]he Enforcement Dictorate(ED) has arrested NCP’s senior leader and former Maharastra deputy CM Chhagan Bhujbal on Monday night in connection with the corruption cases lodged against him, it is going to be a jolt for the NCP which is led by Sharad Pawar. While the ruling party BJP welcomed the arrest, NCP claimed Bhujbal was innocent.

Since Monday noon, ED has been interrogating Bhujbal and recording his statement, the development capped more than 11 hours of sustained interrogation.

Nawab Malik spokeperson Nationalist Congress party reiterated that the ruling party was allegedly pressurizing the investigating agencies. He also criticized the development claiming Bhujbal was innocent, that he has done nothing wrong and there is nothing against him.

Reacting to the ED moves, Somaiya said “Bhujbal’s arrest was inevitable” and predicted that the same fate awaits other NCP leaders involved in the mega irrigation scams which he has unearthed.

On Monday morning, Bhujbal, accompanied by party colleague Jitendra Awhad, several legislators, a large number of party activists and his supporters from Nashik reached the ED office in response to its summons of March 8.

Police deployed tight security and clamped prohibitory orders banning assembly of five or more people in the vicinity of the ED office.

The action against Bhujbal came after over a month since his nephew Sameer Bhujbal was similarly summoned in February and subsequently placed under arrest by the ED.

Last month, the ED had also questioned Chhagan Bhujbal’s son Pankaj Bhujbal, a legislator, and allowed him to go, even as his father cried foul, while the NCP termed it “political vendetta”.

The ED probe follows a Bombay High Court ruling in January when it sought progress reports from the Maharashtra Anti-Corruption Bureau and the ED within four weeks on their investigations against the Bhujbals.

Following Somaiya’s complaints, the ED had lodged two first information reports against the Bhujbals and others under the PMLA to probe the Maharashtra Sadan scam in New Delhi and the Kalina land grabbing scam in Mumbai.

[dropcap color=”#008040″ boxed=”yes” boxed_radius=”8px” class=”” id=””]T[/dropcap]he ED had conducted searches twice at nine premises belonging to the Bhujbal trio and others, and subsequently served attachment orders on three prime properties linked to the Bhujbal family members worth over Rs.280 crore ($41.65 Million) in Mumbai.

Simultaneously, the state Anti-Corruption Bureau had lodged a charge sheet against the three Bhujbals and 14 others in the Maharashtra Sadan case.

The Maharashtra Sadan, a state government guest house in New Delhi, was constructed at a cost of Rs.100 crore
($14.87Million) during the tenure of the erstwhile Congress-NCP government.

Speaking to media persons outside the ED offices, Awhad said the entire NCP party, including its president Sharad Pawar stood with Bhujbal.

Here is an excellent post on how is money laundered in India. 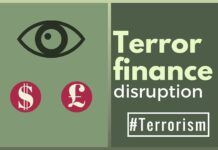