Saturday’ s arrest of A Ganapathy, the 67-year-old Vice-Chancellor of Bharatiyar University, Coimbatore by the sleuths of the Directorate of Vigilance and Anti-Corruption (DVAC) while accepting Rs.30 lakhs as bribe from a probationary assistant professor speaks volumes about the quagmire to which higher education in Tamil Nadu has fallen during the last two decades. This is also the culmination of a news report filed by Team PGurus about the humongous corruption happening in Tamil Nadu under the AIADMK and the DMK governments.

There were serious allegations against the functioning of the department of higher education in Tamil Nadu irrespective of the party in power.

Anbumani Ramadoss MP, who was the chief ministerial candidate of the PMK during the 2016 assembly elections had said in a December 2017 memorandum to the Governor that the post of Vice –Chancellors and assistant professors in Tamil Nadu universities command a premium of Rs.3 crores to Rs.20 crores and Rs.30 lakhs respectively. It may be noted that Team PGurus was the only media institution which covered comprehensively the charges listed by the young Dr Ramadoss.[1]

Ganapathy was caught red-handed while taking money from the assistant professor in return for recognising the completion of the latter’s probation. The Vice-Chancellor had demanded a sum of Rs. 30 lakhs for the deal which was intimated by the assistant professor to the DVAC. The operation was meticulously planned and executed by the DVAC which culminated in the arrest of Ganapathy, the first high profile arrest of this kind in the higher education sector.

Later, Swarnalatha, wife of Ganapathy, too was arrested on charges of tampering with evidence related to the case. Sources in DVAC told reporters that Swarnalatha tried to dump the torn cash in a garbage bin.

Ganapathy’s is the first ever high profile arrest happening in the higher education sector in Tamil Nadu on charges of corruption. Though T R Pachamuthu (aka Parrivendhar), Chancellor, SRM University was arrested last year, it was on charges of cheating students and he was acquitted in the case by the court.

There were serious allegations against the functioning of the department of higher education in Tamil Nadu irrespective of the party in power. “The going rates for the post of a Vice-Chancellor varies from Rs.5 crores to Rs.20 crores depending on the size of the university,” said a former vice-chancellor of the University of Madras. This was substantiated by M G Devasahayam, a former IAS officer-turned-social activist.

“Over the years, the Raj Bhavan in Chennai had become a trading house. All vice-chancellors are appointed by the governor and I need not elaborate,” said Devasahayam. He pointed out how the former Governor SS Barnala auctioned the post of vice-chancellors. “The loot was shared between Raj Bhavan and the chief minister,” he said.

Prof Balaguruswamy, an eminent educationist, had quit in disgust the chairmanship of the search panel to shortlist the candidates for the post of vice-chancellors.

Dr. Ramadoss, in his memorandum to Governor Banwarilal Purohit in December 2017 had listed serious corruption charges against the government, particularly in the appointment of Vice-Chancellors and assistant professors. “At least anywhere between  Rs.3 crores to Rs.20 crores might have changed hands in each of the appointments made in seven universities in the State since  2015,” Dr. Ramadoss MP had said in the memorandum.

“In the 13 universities coming under the department of higher education, 800 appointments have been made in which Rs.30 lakhs for an assistant professor, Rs.40 lakhs for associate professor and Rs.55 lakhs for professor have been received as bribe amounting to be staggering Rs.320 crores. An inquiry committee should be constituted to go into the allegation in the appointment of vice-chancellors and faculty members in Universities,” said the memorandum submitted by Dr Ramadoss to the Governor.

Prof Balaguruswamy, an eminent educationist, had quit in disgust the chairmanship of the search panel to shortlist the candidates for the post of vice-chancellors. 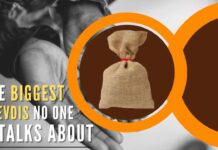