The Exchequer in Tamil Nadu has lost Rs.7.10 lakh crores due to illegal river sand quarrying, according to Dr. Anbumani Ramadoss, the member of parliament belonging to the PMK. Saturday saw Dr. Ramadoss calling on Tamil Nadu governor to submit a massive memorandum listing out the corrupt practices engaged in by the AIADMK State government which, according to the young MP, would literally eclipse the 2G and coal scams.

He said Governor Banwarilal Purohit, a pro-active Governor, had assured him that he would go through the memorandum and would take necessary action.

The Atomic Minerals Directorate for Exploration and Research (AMDER) functioning under the Department of Nuclear Energy in its report to the Parliament has said that thorium to the tune of Rs.60 lakh crores was plundered by private operators from the country, “The central government report says that 75% of the loot had happened in the southern districts of Tamil Nadu and in the neighboring Kerala coast. Though we had alerted the previous governor of this plundering, no action was taken by him and hence we have included it in this memorandum,” Dr. Ramadoss told reporters while interacting with them outside the Raj Bhavan.

The memorandum submitted by Dr. Ramadoss is a charge sheet detailing the corrupt practices happening in Tamil Nadu. “The posts of vice-chancellors are being auctioned at rates ranging from Rs.3 crores to Rs.20 crores depending on the size of the universities. Educational qualifications do not matter in Tamil Nadu. PP Chelladurai, the vice-chancellor of Madurai Kamaraj University does not have the required educational or professional qualifications. Yet he was appointed by bending rules and the selection committee members,” said Ramadoss.

He said Governor Banwarilal Purohit, a pro-active Governor, had assured him that he would go through the memorandum and would take necessary action. “In the 13 universities in the department of higher education, 800 appointments have been made in which Rs.30 lakhs for Assistant Professor, Rs.40 lakhs for Associate Professor and Rs.55 lakhs for Professor have been received as bribe amounting to staggering Rs.320 crores. An inquiry committee should be constituted to go into the allegation in the appointment of Vice Chancellors and faculty members in universities,” says the memorandum, which has been attached for perusal by the esteemed readers.

The memorandum also lists how the State suffered a loss of Rs.52, 000 in power purchase agreement between the government and private power producers. The memorandum is certain to put the Palaniswamy government in a fix. The Palaniswamy government has been already rocked by the expose by a newsweekly and some of the news TV channels about the cash transaction between some of the ministers and a Chennai based mining baron by name Sekhar Reddy.

Copy of the memorandum submitted to the Governor:

Governor Petition by PGurus on Scribd 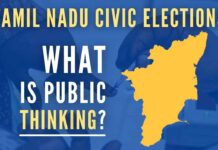 “Chiddu” HAS EITHER FORGOTTEN J&K HISTORY OR IS AFFLICTED WITH THE...