“Our population is 75% so rules should be according to us”: Muslims in Garhwa, Jharkhand

The Muslim community has also stopped other students from folding hands during the prayers. The school administration has succumbed to the pressure and changed the prayer.

The principal of the school Yugesh Ram was pressurized saying that the population of Muslim society at the local level is 75 percent, So the rules also have to be made according to us, and hence the school prayer will also be according to us. The report further states that on request of the school principal Yugesh Ram, the head of village Sharif Ansari asked the Muslim youth to not create a ruckus on school premises. But the people from the Muslim community did not agree. 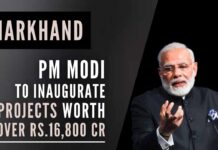 PM Modi to launch development works worth Rs.16,800 cr in Jharkhand; locals light one lakh earthen lamps in ahead of his visit 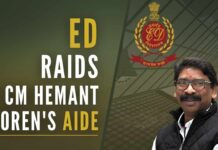