On Friday while on a visit to Ayodhya, the Uttar Pradesh Chief Minister Yogi Adityanath instructed Ayodhya Municipal Corporation officials not to charge house tax and water tax at commercial rates from the temples, muths, dharamshalas, and organizations associated with religious work in the temple town.

Yogi Adityanath has instructed the officials that only a token amount should be taken from such establishments.

The Chief Minister reached Ayodhya today, where he took darshan of Ram Lalla and Hanumangadhi.

Chief Minister Yogi Adityanath held a review meeting with several officers of the district in Ayodhya regarding the organization of the Chaitra Ramnavami fair.

Yogi inspected the construction work of the grand and divine temple of Ram at Ram Janmabhoomi.

After this, he directed the Municipal Corporation not to collect tax in the temples and dharamshalas of Ayodhya. Now there will be relief from tax at any religious place in Ayodhya.

Considering the fact that several lakh devotees visit Ayodhya during Chaitra Navratri which begins on Saturday (April 2) and ends on April 10 this year, Yogi told the officials that no VIP should visit Ayodhya on Ashtami and Navami of the Navratri festival to avoid inconvenience to devotees. He added that if the VIPs visit, they should do so only as ordinary citizens on these two days.

The maximum footfall of devotees is generally seen on the Ashtami and Navmi (falling on April 9 and 10 this year). 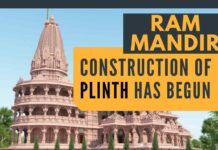 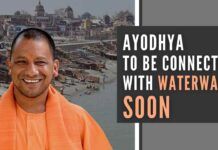 Meta-owned WhatsApp bans over 18 lakh bad accounts in India during...