In a notice issued, the commission asked Udit Raj to apologize for his statement

The National Commission for Women (NCW) has summoned Congress leader Udit Raj to explain his “derogatory and indecent” remarks for President Murmu. The NCW’s summons came after Raj defended himself saying that he has said nothing wrong and will not apologize to the President for his comment.

Rekha Sharma, NCW chairperson said, “I know he doesn’t respect women, but he should respect a person who is the head of our country. We are not going to take this matter lightly and we have sent him a notice also. He should apologize for his statement. We have asked him to present himself in front of the commission on October 10.”

After making it clear that he would not apologize for his shocking remarks, Congress leader Udit Raj went on to further insult the President of India, Droupadi Murmu on Thursday, October 6. In a video message, Raj said that he was the representative of the Scheduled Caste and Scheduled Tribe community, and in that capacity, was asking questions from another representative of the community, President Murmu. Accusing President Murmu of using the community throughout her Presidential campaign, Raj said that when the people of SC/ ST get a position, they become ‘deaf and dumb‘.

“I am an SC/ ST representative, I am fighting for them. She is also considered a representative of Adivasis. During the (presidential election) campaign, it was all over ‘Adivasi, Adivasi’, and of course, it is not an insult at all to the President of India, it is my cry, it is my feeling that when the member of the SC/ ST get the position, they become deaf and dumb. Why did they become like that, they must answer,” Raj can be heard saying in the video, which was in addition to a tweet in which he said that his comments were personal and not related to Congress, and he would not apologize for his tweet uploaded on October 5, in which he called President Murmu ‘sycophant‘.

While in an attack on President Murmu on her ‘salt produced in Gujarat is consumed by all Indians’ statement in her recent address in the coastal state, Udit Raj tweeted, “No country should get a President like Droupadi Murmu Ji. Sycophancy also has its limits. She said that 70% of people eat salt from Gujarat. If you live life by eating salt yourself, you will know.” 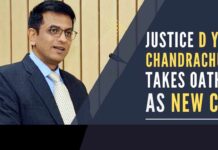 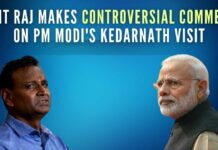 Messi and father sentenced by Spanish court for Tax evasion