[dropcap color=”#008040″ boxed=”yes” boxed_radius=”8px” class=”” id=””]E[/dropcap]ver faced the dilemma of “liking” a post or not about some tragedy, such as a natural calamity or the demise of a public figure? Well, now you have more options than just the simple “Like”.

The social networking site has rolled out “Reactions” – a new set of six emoji sitting alongside the original thumbs-up to let users quickly respond with love, laughter, happiness, shock, sadness and anger. The new set of reactions will appear across both mobile and desktop versions of the app and on all posts in the News Feed — be it from friends, pages/accounts you follow or advertisers, Techcrunch reported.

On mobile, the emoji will come up when you touch the Like button on your screen; on desktop they will come up as you hover the mouse over the Like or click on it. The pop-up feature, according to Facebook plans, will first start out as a test in two markets only Spain and Ireland – before it is rolled out further.

Ireland is English speaking, while Spain lets Facebook test out how well the wordless emoji play with non-English users, according to Facebook’s director of product Adam Mosseri. Mosseri noted that some people were already using Stickers as a wordless way of registering their responses, but this will give them a quicker way to do this.

“Typing on mobile is difficult, and this is way easier than finding a sticker or emoji to respond to in the feed,” he was quoted as saying. 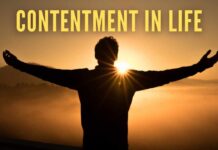