The Madhya Pradesh police have taken cognizance of the video and an investigation into the matter is underway. CSP Vijay Pratap Singh noted that the Sarpanch of Katni village, after winning the elections raised the slogans of ‘Pakistan Zindabad’ along with a group of people.

CSP Singh said, “We have received a complaint that ‘Pakistan Zindabad’ slogans were allegedly raised by a group in (Sarpanch) polls and the video was put out on social media. We have taken the complaint into cognizance. Probe on.”

In the viral video, people can be seen chanting ‘jeet gaya bhai jeet gaya Pakistan jeet gaya (Pakistan won!).’ The incident is said to have taken place after the counting of votes for the second phase of the Panchayat elections concluded on Friday night in Katni.

As per Singh, on getting information about the incident, the Madhya Pradesh Police swung into action and registered a case. The police are also investigating the authenticity of the video. 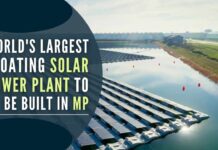 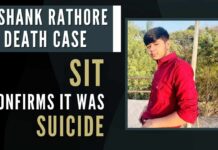 Swamy accuses sabotage in the probe on Coal Import Scam and...