In a major development in the Popular Front of India (PFI) death threats sloganeering case, the Kerala police arrested 18 more people, and a purported video of the rally has gone viral. Two people were arrested earlier in connection with the case. An Erattuepetta resident named Anas, who carried the minor boy on his shoulders, was the first person to be arrested in the case.

Kerala police said, “These were the people who were repeating the slogans raised by the child.”

Notably, the Kerala High Court has directed state police to take appropriate action against the Popular Front of India in connection with provocative sloganeering at a May 21 rally held in Alappuzha.

The threat was directed to the Hindu and Christian population living in Kerala, with PFI warning of the death penalty to those who don’t fall in line. After the video went viral, Kerala police on Tuesday registered a hate speech case against PFI Alappuzha district president Nawas Vandanam and District Secretary Mujeeb.

The rally organizers have been booked under Sections 153A (Promoting enmity between different groups on grounds of religion), 295A (Deliberate and malicious acts, intended to outrage religious feelings of any class), 505(1)(b) (Act against the public tranquillity), 505(1)(c), 505(2) and 506 (Criminal intimidation) of the IPC and 120(O) of Kerala Police Act.

In the FIR filed based on a complaint by Vijayakumar P K, police invoked various sections of the Indian Penal Code and the Kerala Police Act and arraigned PFI Alappuzha district secretary Mujeeb and Navas as accused along with other identifiable people.

Meanwhile, the Kerala Council of Churches urged the Kerala government to take action over the provocative sloganeering during PFI’s ‘Save the Republic’ rally in Alappuzha on May 21. Penning a letter to Kerala CM Pinarayi Vijayan on May 25, the KCC condemned the hate speeches against the Christian community and contended that the government must be prepared to curb the growing “terrorist activities” in the state. 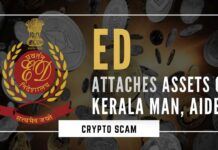