I am a journalist-turned lawyer and the journey from editorial meetings to chambers has been no less than a cultural shock, the former being absolutely gender-neutral and the latter extremely gender-agnostic. A plural practice among lawyers is that they “principally” don’t hire female lawyers. A “law-friendly” female probably scares them, or it may be their sheer hypocrisy. But to some extent, the cases like Tarun Tejpal’s high profile trial in the false rape case are also a reason. Since Tarun Tejpal has been acquitted, I am being legally correct in calling it a false rape case and after reading the judgment I can say that I may be wrong, but I have no doubt about it.

Already much has been written about the case, I wish to draw a different point here. Though the Supreme Court has emphasised the need for fast-tracking the rape cases umpteen times and the governments have made strides in that direction, rape cases between employer and employee need to be tried even faster. Else, this latent discrimination of not hiring females “principally” will keep on getting more inherent in the private sector where the constitutional provisions of equality and equal opportunity don’t come to rescue. Fear kills more than danger.

I personally feel that the precedents of “unambiguous no” are not enough to sift false rape cases, the judiciary must also evaluate the “degree of consent” in trying rape cases.

The way false dowry and domestic violence cases have adversely affected the institution of marriage and resulted in the Supreme Court directing the police officials to precede a preliminary inquiry before registering an FIR, false rape cases will decrease female employability in high offices and small workplaces where it is not possible to have committees based on Vishakha Guidelines[1].

Lawyers know the misuse of law more than the hardest criminals and perhaps that’s why chambers depict a dismal spectacle of misogyny. In fact, the ratio of female to male clerks working with Supreme Court Judges could also be not ignored in this perspective. It’s starkly low. The memory of a female clerk alleging sexual harassment by former Chief Justice of India Ranjan Gogoi has not yet faded[2]. That’s a different matter that the inquiry, in that case, was not legally correct. Like in Tarun Tejpal’s case the complainant (investigating officer) investigated her own complaint, in Justice Gogoi’s case, the judge tried judging his own case “initially” which cast clouds of doubts on the whole inquiry.

Recently, the #MeToo movement started on a genuine note but ended on exaggerations and manipulations and the engine got out of steam soon. It ruined few names and careers, but it generated unwarranted caution among relationships. I remember a politician friend telling me “this whole #MeToo thing has evoked so much suspicion even in genuine relations like ours that that next time when you come I feel like letting the door of my office remain open.” His statement deeply shattered me that this way the gender lines will never be blurred, glass ceilings will never be broken, and the trust deficit will widen the gulf between the genders. This kind of trust deficit has serious effects on man-woman socialising, though they may be comfortable privately which is an unhealthy thing.

A striking similarity between Tarun Tejpal’s case and the #MeToo movement is the defence of “lapse of judgment” meaning that the “no” was feeble enough to leave the scope of judging. The judge has referred to the precedents where it is held that the resistance has to be unequivocal, leaving no ambiguity – meaning the “no” has to be clear and loud in cases of friendly relations where there is the scope of drunken bantering or jovial bantering, phrase it the way you want. It may sound scandalous, but the reality is stranger than fiction. I personally feel that the precedents of “unambiguous no” are not enough to sift false rape cases, the judiciary must also evaluate the “degree of consent” in trying rape cases. Is it possible for opposite genders to intimate to a certain degree consensually and then stop further after withdrawal of consent? Well possible for superly evolved human beings, but not ordinary beings. Law is a reason of ordinary man and not superman.

To stop misuse of rape laws, not just the sterling evidence be scrutinised with the utmost caution, but also the previous relationship of the prosecutrix with the accused. Section 146 and 53A of The Indian Evidence Act bar only reference to the general immoral character and previous sexual activities of the prosecutrix, but not her intimacy or intercourse with the accused person in past or proximity. Question of lapse of judgement arises only in friendly relations where consent becomes an issue when the relationships go sour. Consent between strangers is given and taken unequivocally or there’s no consent in the other scenario.

Every acquittal in a false rape case has the effect of dwarfing a conviction in a genuine rape case. Every false rape case between an employee and employer has a detrimental effect on female employability. Every #MeToo exaggeration and manipulation curtails man-woman sociability. Let’s check the rape of law and outrage of reason to save the modesty of law. 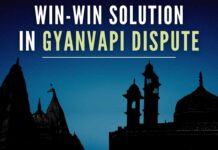