Saina started the year on a brilliant note by winning the India Grand Prix Gold in Lucknow, beating reigning World Champion Carolina Marin in the final. She backed it up with her lone Superseries title in March — India Open — which she won here, defeating former World Champion Ratchanok Intanon in the summit clash.

She also reached the finals of three extremely prestigious events — All-England, World Championships and China Open. The Khel Ratna awardee also achieved quite a few number of firsts this season.

The Hisar-born was also on her way to defend the China Open Superseries Premier but lost to reigning Olympic champion Li Xuerui of China. Then she also became the first Indian woman shuttler to become World No.1. She and Carolina kept exchanging the top spot for most of the year.

With her consistent performances, she also qualified for the year-ending World Superseries Finals in Dubai for the second successive year where she failed to qualify for the semi-finals and was recently nominated again for the Badminton World Federation (BWF) Female Player of the Year Award.

[dropcap color=”#008040″ boxed=”yes” boxed_radius=”10px” class=”” id=””]C[/dropcap]ompatriot and double World Championship bronze medallist Sindhu, on the other hand, started the year on a decent note by reaching the semi-final of the Malaysia Masters and India Grand Prix Gold but a stress fracture on her left foot more or less ruined most of her year.

The 20-year-old was out of action for a long time and it took her time to get her rhythm back. She really got going only in the Denmark Open Superseries Premier in October when she reached the final beating former World Champion Yihan Wang and current champion Carolina only to be beaten by 2012 Olympic gold medallist Xuerui in the final.

She also backed it up with a title win at the Macau Open Grand Prix Gold, her third consecutive title in the Chinese metropolis, in November.

When it comes to Indian male shuttlers Kidambi Srikanth will have to be given the top slot. It was a grand start for the 22-year-old who reached the final of his first tournament of the year only to lose to Parupalli Kashyap in the final of the India Grand Prix Gold.

Then Guntur-born then won the Swiss Open Grand Prix Gold and India Open Superseries to reach a career best ranking of World No.3. But since then his performance dropped in drastic fashion so much so that from September to November, out of the six tourneys he played, Srikanth exited five of them in the first round.

But he tried making amends by reaching the Indonesian Masters Grand Prix Gold final in December and also managing to qualify for the World Superseries Finals where Srikanth suffered losses in all the three group stage games. Now, he is ranked ninth in the world.

Apart from his victory at the India Grand Prix Gold, it has been an average year for reigning Commonwealth Games champion Kashyap. But one highlight the experienced campaigner achieved was in June when he drubbed reigning World Champion and World No.1 Chen Long at the Indonesia Open Superseries Premier.

[dropcap color=”#008040″ boxed=”yes” boxed_radius=”10px” class=”” id=””]A[/dropcap]jay Jayaram has had a fruitful year but more or less at tier-III tournaments. The Mumbaikar reached the semi-final stages of many tournaments in the first half of the year but made his mark by reaching the Korea Open Superseries final in September. He next proceeded to successfully defend his Dutch Open Grand Prix title.

H.S. Prannoy has had a decent year. Though did not win any title, he managed to beat two-time Olympic champion Lin Dan at the French Open Superseries in October.

In doubles, male shuttlers Manu Attri and B. Sumeeth Reddy achieved lot of success in tier-IV tournaments, they reached the top-25 of the world by reaching the finals of Dutch Open Grand Prix and US Open Grand Prix Gold.

In women’s doubles, Jwala Gutta and Ashwini Ponnappa did not have a great first half of the season, suffering early round exits. But they really came into their own by entering the final of US Open Grand Prix Gold in June and following it up with title victory at the Canada Open Grand Prix.

This helped them reach their career-best ranking of World No.10. But inconsistency has been a part of their game as since September, the duo have played eight tournaments, suffering first round exits in seven of them. 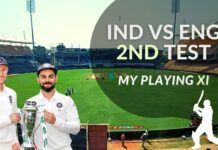