[dropcap color=”#008040″ boxed=”yes” boxed_radius=”8px” class=”” id=””]I[/dropcap]nterest rates on small savings schemes were cut by the government on Friday. The revised rates will be effective for the first quarter of FY 2016-17. Going forward the rates will be linked to market rates prevailing on government securities and will be fine tuned every quarter.
The five years Senior Citizen Saving’s scheme rate is cut to 8.6 per cent interest from 9.3 per cent. Interest rates on Public Provident Fund (PPF) have been revised downwards to 8.1 per cent from 8.7 per cent. This is soon after retracting the unpopular proposal to partially tax withdrawals. Similarly, the interest rate on Kisan Vikas Patra will also be reduced to 7.8 per cent from 8.7 per cent. Interest rate on The girl child scheme Sukanya Samridhhi Account (SSA) will be 8.6 percent against present 9.2 percent.
The interest rate on five-year Recurring Deposit will be 7.4 percent from 8.4 percent. The interest rate for the National Savings Certificate was also reduced to 8.1 percent from 8.5 percent. The interest rate on the five year Monthly Income scheme will be 7.8 per cent from 8.4 percent. There are cuts in the interest rates of 1, 2, 3 and 5 year time deposit accounts also.
[dropcap color=”#008040″ boxed=”yes” boxed_radius=”8px” class=”” id=””]T[/dropcap]he decision has evoked an immediate uproar from the salaried and self-employed class. Better interest rates combined with safety of funds provided a level of comfort to the above class.
“The new rates will be effective from next fiscal (April 1, 2016). The interest will be calculated on quarterly basis,” A.K. Chauhan, joint director in National Savings Institute (NSI), told IANS.
According to him, the main reason for the downward revision was the two year yield on government securities (G-Sec) had gone down.
The interest rates for various small savings schemes were recalculated with reference to the G-Sec yields of equivalent maturity for the period December 2015-February 2016, and based on it, rates on various schemes for 2016-17’s first quarter have been notified.
[dropcap color=”#008040″ boxed=”yes” boxed_radius=”8px” class=”” id=””]A[/dropcap]ccording to the government, the quarterly revision of interest rates will ensure that the interest rates under small savings schemes are more dynamically related to current market rates, thereby enabling the banks to move their interest rates in line with current money market rates.
Chauhan said the total corpus of all small savings scheme was around ₹300,000 crore. The net accretion this year was around ₹65,000 crore till January 31.
The SSA has around 85 lakh accounts with a deposit of around ₹3,500 crore, while the KVP corpus is over ₹21,000 crore, Chauhan said.
Earlier, the government had proposed a tax on 60 percent of the PPF corpus on maturity if it was not invested in annuities – that is schemes that fetch periodic returns.
Also proposed was a limit on monetary contributions of employers in provident fund to ₹150,000 per annum for tax sops. Both these were withdrawn.
[dropcap color=”#008040″ boxed=”yes” boxed_radius=”8px” class=”” id=””]T[/dropcap]he small savings interest rates are perceived to limit the banking sector’s ability to lower deposit rates in response to the Reserve Bank of India’s monetary policy, the government said last month.
Interestingly the rate of interest on the Employees Provident Fund (EPF) is 8.8 percent.
“The self-employed are hit by this move. For them the PPF is the one safe mode of investment. Now the return has come down,” N.Varadarajan, a self-employed person, told IANS.
[dropcap color=”#008040″ boxed=”yes” boxed_radius=”8px” class=”” id=””]S[/dropcap]ome of the strong reactions on micro blogging site Twitter are,
“Bleed the ones who pay tax! This #ppf rate cut by #Modi government is so not on, Anti national!,” tweeted Vijaita Singh.
Sharing similar sentiments, another net-savvy citizen Sudhanshu S. Singh tweeted: “What’s this? Interest rate on PPF has been cut to 8.1%. Where should common people invest for safe earning?”
Sagar Kumar Jain took a pot-shot at Prime Minister Narendra Modi’s government, tweeting: “Modiji has to offer something to common man, everyday!! PPF interest rate cut drastically. Difficult to see Lotus in assembly post 2019.”
Some of the postings were especially directed against Finance Minister Arun Jaitley.
“EPF tax or PPF interest: Why is Arun Jaitley anti-common man? Being a billionaire he can’t understand poverty?” went an equally angry tweet from Bharatha10.
[dropcap color=”#008040″ boxed=”yes” boxed_radius=”8px” class=”” id=””]T[/dropcap]he opposition expressed unhappiness on the government’s decision.
“Government’s decision to cut PF interest rates is unfortunate. Why are they taking away one of the last avenues of savings in a depressed economy?” Congress leader Ahmed Patel tweeted.
Party spokesperson Randeep Singh Surjewala, in a statement, said: “It is a criminal breach of trust with hapless people who put their money in the custody of the government of India with the belief that they will not be cheated.”
Communist Party of India-Marxist (CPI-M) general secretary Sitaram Yechury also hit out, tweeting: “Small savers are the backbone of our savings. With no social security net, they rely on such guaranteed returns.”
Economist Ashwaini Mahajan, also the co-convenor of Swadesh Jagran Manch, also criticised the move, saying it will “leave an adverse impact on the domestic saving”.
“As a student of economics, I feel the authorities must reconsider about the decision. I do not think there was enough and good ground at the moment to slash the interest rate on the PPF,” Mahajan told IANS.
Note:
With inputs from IANS 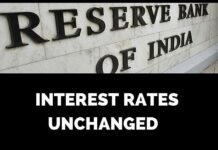