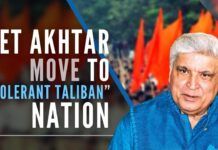 Are your deposits safe in the Banks? R Balakrishnan, an expert...