Kollywood celebrities fail to turn up at booths

Tamil celebrities not turning up for voting in the Tamil Nadu urban polls has caused a major point of debate on social media. Fans were waiting for Rajinikanth, Dhanush, Ajith, Trisha, Shiva Karthikeyan, Simbu at their respective booths to have a glimpse of these stars, but to the fans’ disappointment, the stars did not come to cast their vote.

Personal managers of these stars told the media that they were either out of the country for their professional commitments or under treatment or in some cases in a shoot within the country.

Political analyst M Chidambaresan, who is a retired Professor of Political Science from a college in Chennai said, “Tamil superstars are losing interest in politics as they found that stars like Kamal Haasan, Seeman have failed to evince interest among the voters. Except for Vijay, there is no star in Tamil Nadu who is now responding to social and political issues and naturally, this is reflected in their lack of interest to vote in polls.”

Tamil Superstar Vijay had arrived in the polling booth at Nangerani in Chennai early in the morning and cast his vote. During the 2021 Assembly elections, Vijay had created a ruckus by bicycling from his home to the polling booth bringing in discussions that he had cycled down to the booth to communicate a strong political message against the rise in fuel prices in the country.

However, the failure of the Tamil celebrities, including megastar Rajinikanth, in voting in the elections has not gone down well with the common man.

There are also varied opinions that since Rajanikant feels that he is out of reckoning in politics, he need not cast his vote while other stars like Ajith, Simbu, and Dhanush had never expressed their social commitment openly.

The urban local body polls which were held after a gap of eleven years in Tamil Nadu did not have a good voter turnout with state voting percentage touching 61 percent and the polling in Chennai corporation was the lowest at 43 percent. 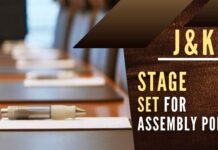 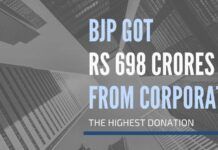 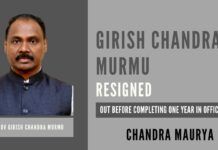 Captain chooses his team and BJP is not it